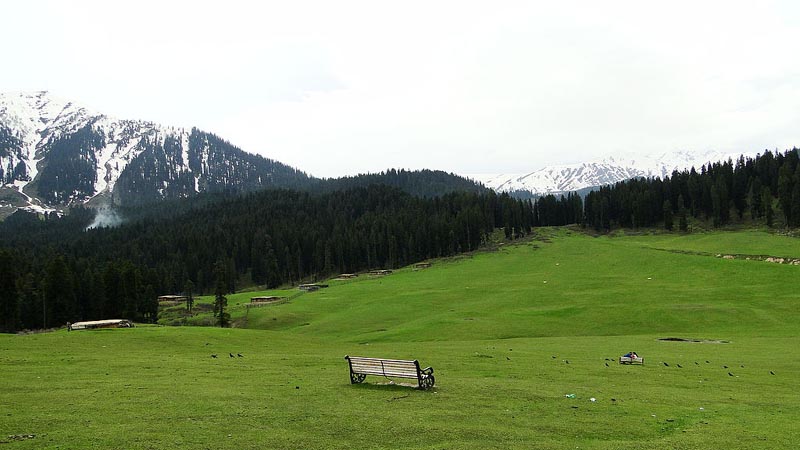 Jammu and Kashmir: Doodhpathri has emerged as new shooting destination of Bollywood

Jammu and Kashmir's Doodhpathri, which is located in Budgam district, has emerged as one of the favourite shooting locations for Bollywood industry.

An album was recently shot at the venue.

From Rishi Kapoor’s Bobby on Gulmarg to Salman Khan’s Bajrangi Bhaijan in Pahalgam, Bollywood has over the years selected Kashmir as its beloved venue to shoot their movies.

However, during the 1990s unrest, filmmakers and crew had refused to shoot in the Valley.

Talking about the project, Abbas Karole, an actor in Album which was shot in Doodhpathri, told ANI that he had been dreaming of shooting a song in Kashmir for a long time and is happy that he finally got the chance to do so.

“We preferred Kashmir as some people think Kashmir is unsafe, but we have tried our best to promote the picturesque destinations and secure environment in Kashmir,” Karole said, adding that the actress hails from Kashmir only.

“We have shot at multiple places including Dal Lake, Nishat Park, Drang waterfall, local village sites and other places,” he continued.

Vikran Mehta who is the director of the album hails from Jammu. He said that Dodhpathri has remained the prime destination for them in the album, reports ANI.