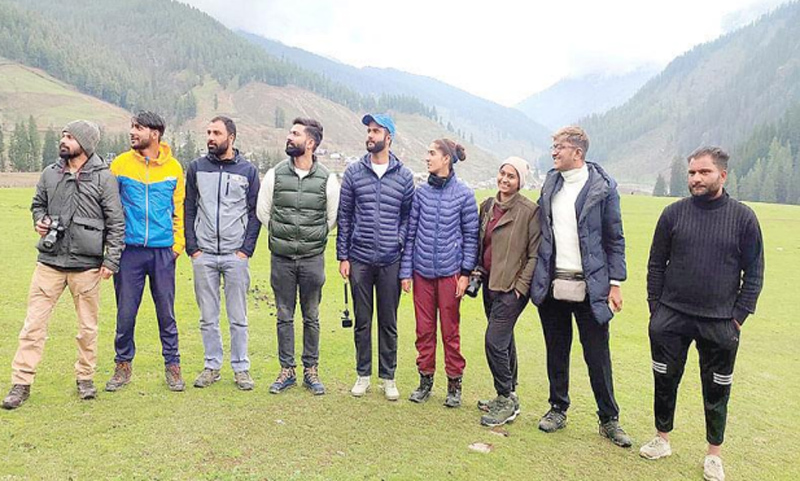 As per the statement, the five-day adventure trip comprises eight social mediainfluencers from different parts of the country including two celebrities from Kashmir who would explore different parts of the pristine Valley through theirlens and promote it on a large scale on social media platforms to boost the touristin flow of this offbeat location in Kashmir.Gurez valley has witnessed a massive boost in tourism last year due to numerousinitiatives undertaken by the Indian Army, J&K Tourism, Civil Administration andlocals of Gurez as joint stakeholders.

“Approx 15000 tourists visited Gurez last year as a result of these arduousinitiatives as compared to a total of 300-400 tourists visiting Gurez in the year2020. This major swell in the footfall of tourists in the Valley after the pandemichas brought a new ray of hope in the lives of the unemployed youth and locals ofGurez as many of them have now taken up various avenues of self-employmentthrough tourism-related activities,” it said.

‘Promotion of tourism in this remote valley not only switches the mindset of thelocals toward peace and prosperity but also acts as a catalyst to boost the socioeconomic development of Gurez.

”The first day of the trip comprised of a scenic drive from the Srinagar Airport toGurez via the Wular Lake, Bandipora, Tragbal, Razdan pass and into the Kanzalwan valley.

The influencers explored the raw beauty of Kanzalwan, Bagtore,Badwan and Khandiyal areas of the Gurez valley and were mesmerised by theunparalleled natural beauty of the Kishangangariver and Badwan dam site.

A jam session with the local artists and youth of the valley is planned for the evening at the Jashn-e-Gurez campsite on the banks of the Kishanganga river inthe evening followed by camping under the stars and bonfires before proceeding to explore the Tulail Valley.

This initiative will not only promote Gurez valley on an extremely large scale but will also attract the attention of tourists and investors from across the globe.

It possesses the potential of finally marking Gurez on the World tourism map andtransforming the lives of thousands of Gurez is yearning for a peaceful and prosperous life in Kashmir.