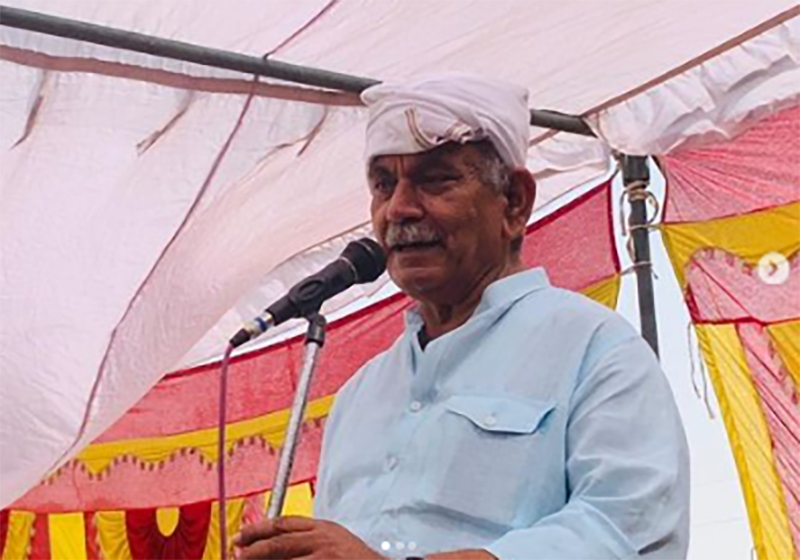 Srinagar: Lt Governor Manoj Sinha on Saturday said that 80 lakh tourists visited Jammu and Kashmir during the past few months which has broken all the records of the past 15- 20 years.

He said around 400-500 tourists arrive in the Union Territory every day and the number of flights have also increased.

“It is difficult to get an air-ticket to Srinagar just before two-three days. Hotels are running full and we are thinking of having new hotels. I think this is the golden period for Jammu and Kashmir in which all the records of about 15-20 years have been broken," Sinha said.

More than 80 lakh tourists have arrived here in the last few months. This has brought prosperity and is helping people to establish peace,” Sinha told reporters in Srinagar after flagging off 'Athwas', a unique partnership between citizens and authorities for the rejuvenation of Dal Lake.

Sinha said that the people as well as the administration has vowed to keep the Dal Lake clean as it is the cultural and the historical heritage of the city and which people from around the world want to visit.

“The average citizen now feels that the lake has become cleaner than before. There are provisions for Rs 136 crore in the budget for cleaning the lake. The money had come before as well, but, I do not think, it was utilised as it has been now. The lake has become better and the change is visible. I hope in the coming days, the lake will become much better,” he added.

He said money is being deposited in DBT (Director Beneficiary Transfer) mode into the accounts of those cleaning the lake which has ensured cleaning of lake on a war-footing.

Earlier speaking on the occasion, Sinha underscored the need for effective community participation which is vital to develop and conserve ecological heritage.

Lt Governor said that the de-weeding and dredging will be conducted in collaboration with the citizens.

The Lt Governor noted that for the first time in history, a successful campaign is being run with active public participation to clean Dal Lake.

“The de-weeding campaign which was started last year was very successful; now we will add new cleaning machines to the existing fleet and start dredging work on the western side to restore 60,000 Sq metre area”, he added.

Regarding the conservation of Wular Lake, the Lt Governor said that a walkway is proposed to be built along the Lake which will enhance it's beauty and also help in preventing encroachment along it.

“Our aim is to revive the historical and cultural heritage of Jammu and Kashmir and the lakes here are an invaluable part of that heritage”, the Lt Governor underscored.

The Lt Governor said that with the inspiration and encouragement of Prime Minister, people of the UT are determined to preserve the natural wealth of Jammu Kashmir.