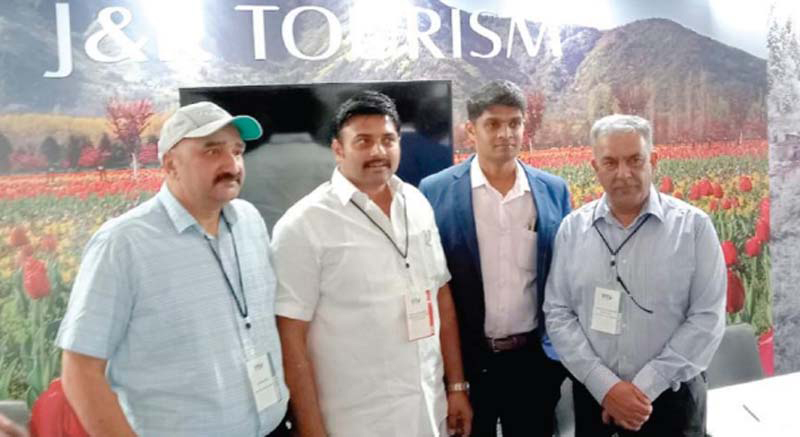 Srinagar: Jammu and Kashmir tourism while continuing its aggressive efforts to promote J&K as round a year destination has invoked a big response from this South Indian metro city which has immense potential for adventures and high end corporate niche tourism segments like GOlf and MICE.

As per the statement issued here, the Tourism team headed by Bakshi Humayun Javed presented the tourism and leisure potential of J&K specifically for the South Indian market on the platform of TTF which was inaugurated by the Tourism Minister of Tamil Nadu.

Director SKICC briefed the participants about the summer winter and autumn attractions of J&K, particularly the Golf and Mice and adventure tourism.

He also invited the southern film industry to shoot the Tollywood films in the beautiful landscapes of Jammu Kashmir and he also mentioned about film policy of J&K which was launched last year by Amir Khan.