Today, Native American food is slowly becoming more popular in the U.S. Restaurants are turning to the past for inspiration, and many chefs are reviving dishes that are truly native to their regions.The recent culinary movement is digging deeper, creating the ultimate expression of local, seasonal food by emphasizing indigenous ingredients.

Popular ingredients include game meats, fresh berries, maple sugar and wild rice harvested from lake beds. Additionally, the trio of corn, beans and squash known to Native Americans as the “three sisters” are being offered as side dish.Many diners are also pairing the foods with traditional teas made with indigenous aromatics such as steeped pine needles. 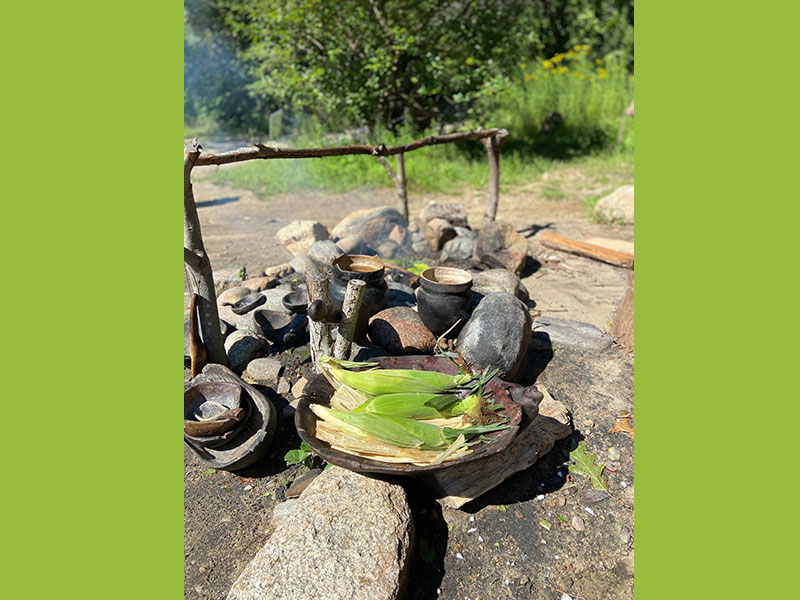 The Indian Pueblo Kitchen, located at the Indian Pueblo Cultural Center, is centered around indigenous cuisine education and exploration and carries on the tradition of creative, Native American culinary artistry and Pueblo hospitality. Here, each meal focuses on a direction or region of the country, a corresponding corn color, and precontact Indigenous ingredients.Chef Ray Naranjo Introduced a 3-course meal that features a squash bisque topped with toasted pumpkin seeds, cedar-smoked salmon accompanied with blue corn and truffle-scented roasted mushrooms, and a wild berry compote for dessert. 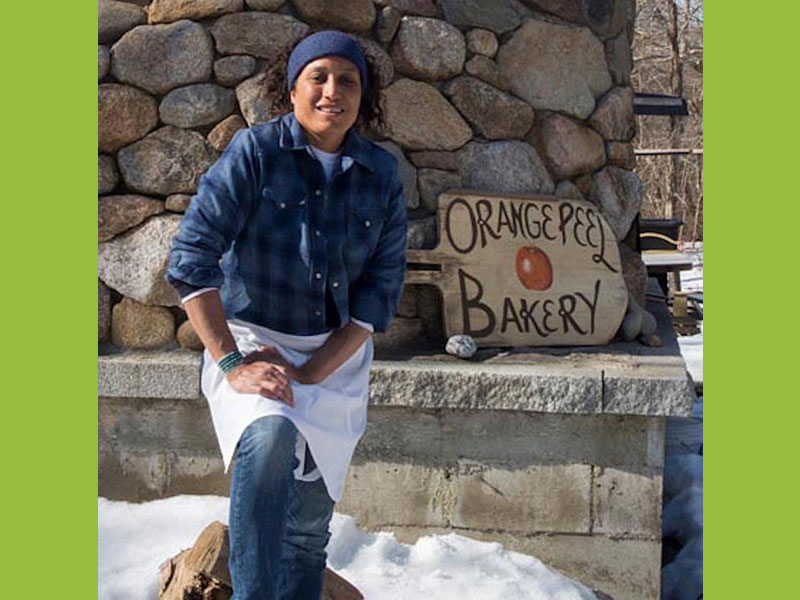 Think of Kai as a high-end journey through new Native American cuisine. Kai means ‘seed’ in the Pima language, and it is the only AAA Five Diamond and Forbes Five Star restaurant in Arizona. This indigenous-owned fine dining restaurant features a menu rich in creativity, history and Native American culture. Chefde Cuisine Ryan Swanson incorporates the essence of the Pima and Maricopa tribes and locally farmed ingredients from the Gila River Indian Community and other native communities to create unforgettable culinary masterpieces. One of the favorite dishes on the menu is the Ha:l of the Tohono O’odham – a mesquite-charred TOCA (Tohono O’odham Community Action) squash soup with pumpkin sprout pesto, pepita tuile and prickly pear cochineal cotton candy. Ha:l (TOCA) squash is an indigenous squash from Southern Arizona that has been grown in the Tohono O’odham community for many generations from heirloom seeds. Tableside, the soup is poured over a prickly pear cochineal cotton candy, which dissolves into the soup, adding a bit of sweetness, depth and whimsical fun. The cotton candy in the dish represents the famous cotton harvest of the Pima tribe. 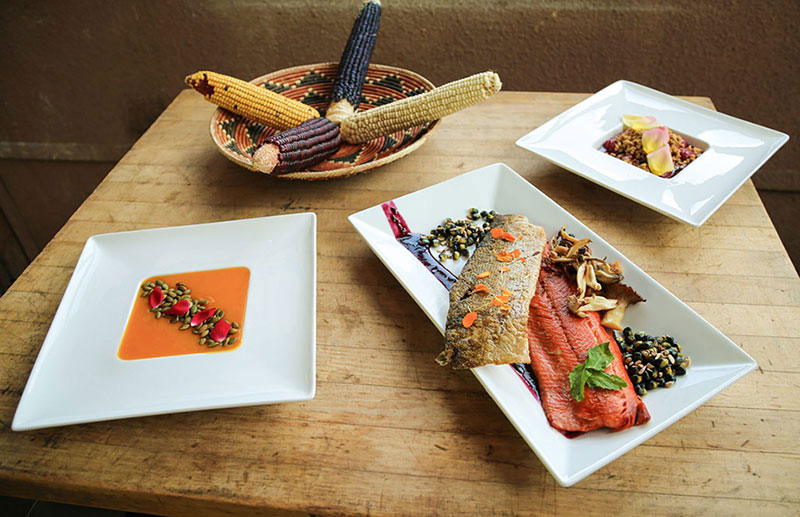 Cafe Ohlone operates in its indigenous homeland, Berkley to revive and strengthen traditional Ohlone foods and to keep the cuisine and culture of the Ohlone community strong. This is the only Ohlone restaurant in the world, creating gorgeous dishes from ingredients indigenous to the Bay Area. Their sample dish includes clams and mussels cooked traditionally with Ohlone herbs, local seaweed and acorn soup. They also prepare dishes such as sweet black oak acorn bisque, local oysters and mussel-cooked pickleweed and native onions in a kombu broth. Some of their other dishes include caramelized Indian onions, umami-heavy California chanterelles roasted in duck fat, brownies made with valley oak acorn flour and gathered East Bay salt and teas of rosehip, stinging nettle, elderberry and artemisia sage. 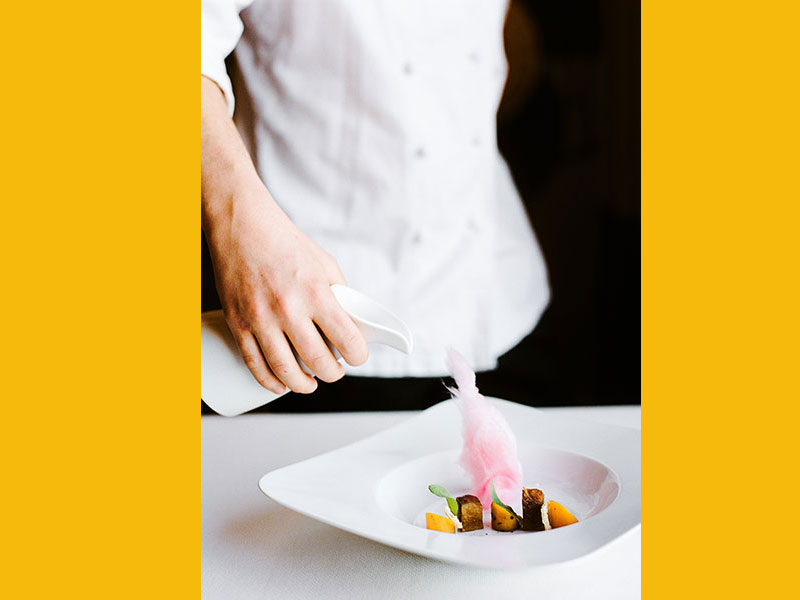 Based on the Wampanoag lands of Aquinnah, Orange Peel Bakery is a Native-owned bakery featuring food traditions from around the world. Its sample dish includes Clam Fritters, a simple dish using local, available ingredients and turning them into a substantive, hearty meal throughout the winter. Using locally grown and milled flour, locally brewed beer, some baking powder and salt, the delicate clams transform into warm and hearty fritters eaten for any meal. This mainstay of Wampanoag Tribal cuisine has been enjoyed by tribal members and their families and friends for centuries. 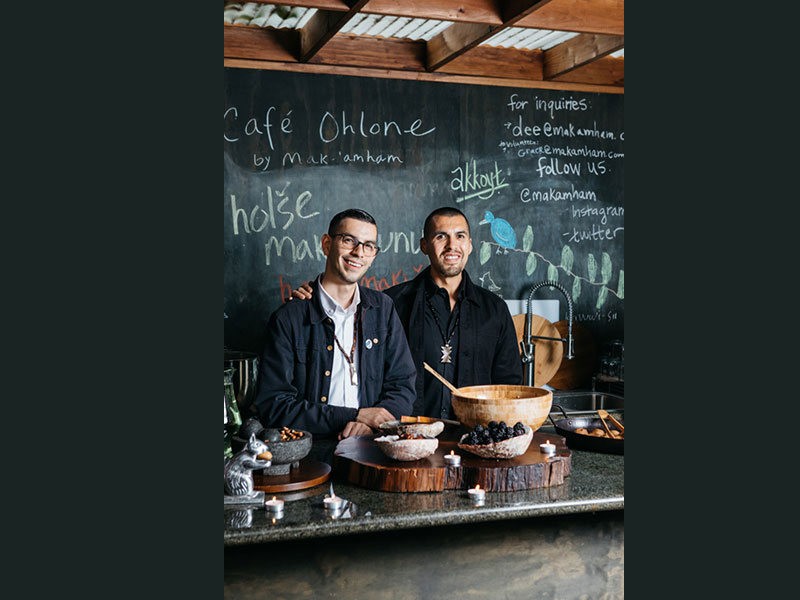 Located directly on the Shining Sea Bike Path, inside the historical Falmouth Train Station which now serves as the Bus Station—Chef John Marcellino and his wife, Marion, warmly welcome guests to enjoy indoor and outdoor dining, free corn hole, cool water misters, and live entertainment all summer long. The Station Grill is open year-round and serves a free side kindness with every meal.The local favorite here is the delicious Fat Daddy Lobster Roll. 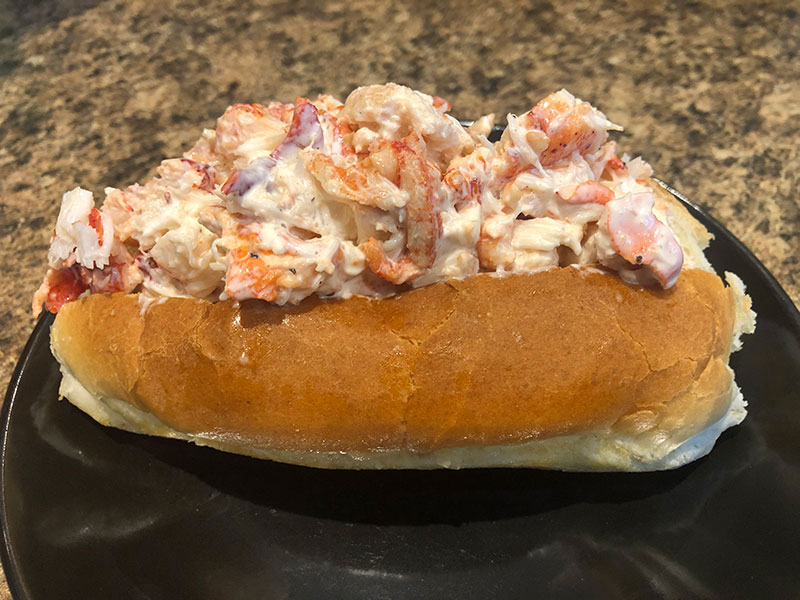 You can experience the true flavors of North America, at Owamni by Sioux Chef,Sean Sherman;the first ‘decolonized restaurant’ in Minnesota featuring foods of MniSotaMakoce, which translates to “land where the waters reflect the clouds”.  This restaurant prioritizes purchasing from Indigenous food producers locally and nationally and are proud to present a decolonized dining experience. Here you can explore pre-Colonial food which doesn’t have ingredients like sugar, dairy, wheat flour or anything processed.

The PlimothPatuxet Museums' Plentiful Cafe serves food inspired by Wampanoag and English colonial foodways traditions as well as a variety of modern-day menu options. Its key sample dish includes Succotash which is a dish made from the staples of traditional Wampanoag horticulture: corn, beans, and squash. It can be prepared in any season, using fresh or dried ingredients. The name is derived from the Algonquian word msíckquatash, meaning "boiled corn kernels.”