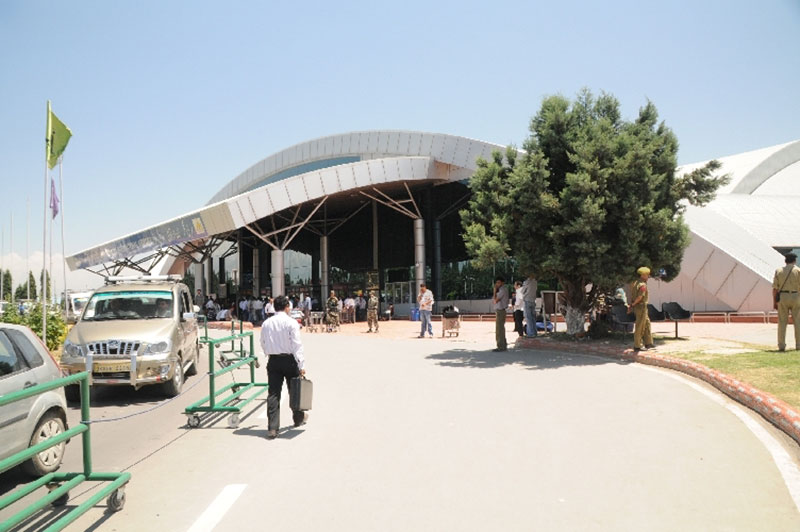 Jammu and Kashmir: Increase in passenger footfall at Srinagar Airport

Srinagar: The Srinagar International Airport has recently witnessed a sharp increase in the number of flights as well as passenger footfall with sizeable tourist inflow being seen of late.

The spurt in the number of passengers is being witnessed at a time when there has been a drop in Covid cases across several states.

The official said Srinagar Airport on Tuesday witnessed 32 flight arrivals and a similar number of departures. It may be mentioned that earlier this year, amid worsening Covid-19 situation, flight arrivals had seen a dip.

The daily arrivals at the Srinagar Airport between May and June, when Covid cases had peaked, had dropped to as low as 14 to 18 flights. Director, Airports Authority of India (AAI), Srinagar, Kuldeep Singh said the increase in air traffic is largely due to spurt in tourist influx to Kashmir and also lesser number of Covid cases.

“The increase in our traffic is contributed by tourist movement, armed forces personnel and ebbing of the second wave” Singh said.

Singh asserted that all Covid protocols were being followed at the Airport terminal for passenger handling and other day-to-day operations.

“We are ensuring that no passengers enter the terminal building without a face mask. We ensure frequent announcements on the Public Address system for social distancing, The airport staff also frequently advises the passengers to maintain the social distancing. The seating arrangement is on alternate seats” said Singh.

The annual footfall of passengers at Srinagar is expected to increase sharply from the current 3 to 4 million passengers in the next few years, for which the Airport is all set for a terminal expansion, a project likely to begin sometime early next year.

The night flight operations at the Airport have also given boost to travel, and has been welcomed by the officials as well as tourism players.