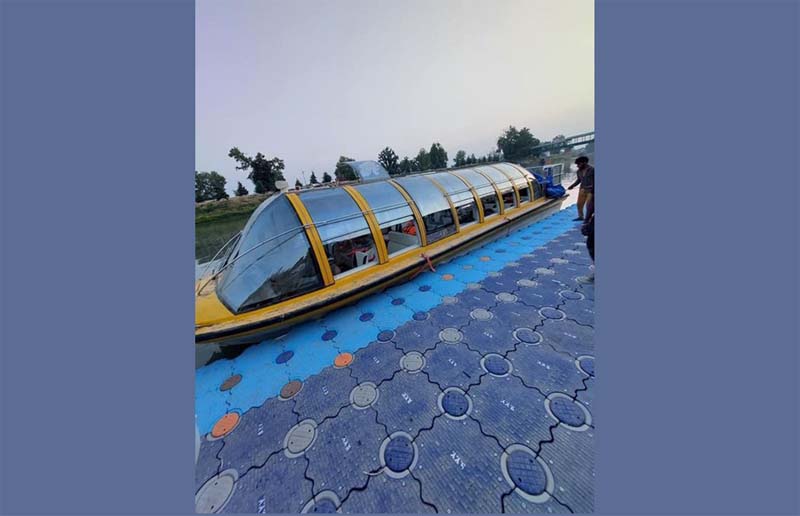 Srinagar: Aiming to revive water transport in Kashmir, the Jammu and Kashmir administration has brought the first imported luxury boat for a cruise on the Jhelum river, media reports said on Monday.

A 30-seater 'Bus Boat' was currently undergoing trial runs in Jhelum river between Lasjan in outskirts of Srinagar and Chattabal Weir, since July 10, reports ANI.

Besides the 'Bus Boat', a marine equipment supplier firm — Sukhnag Enterprises — has also commissioned a 10-12 seater luxury pontoon boat and a 14-seater rescue boat in the Jhelum river, the news agency reported.

The 'Bus Boat' and the rescue boat had been procured from New Zealand-based company named Mac while the luxury pontoon boat has been shipped from the United States, informed Imran Malik Director of Sukhnag Enterprises, ANI reported.

The bus boat service was started to revive decades-old water transport culture in Jhelum river which is one of the identity as well as heritage of Kashmir.

Speaking to ANI, Malik said that it was an initiative by the government of Jammu and Kashmir for revival of water transport.

"This boat has been made keeping in the mind the current needs of the people. The boast has air conditioning, music system and television. This is an optimum solution to decongest roads," he said.