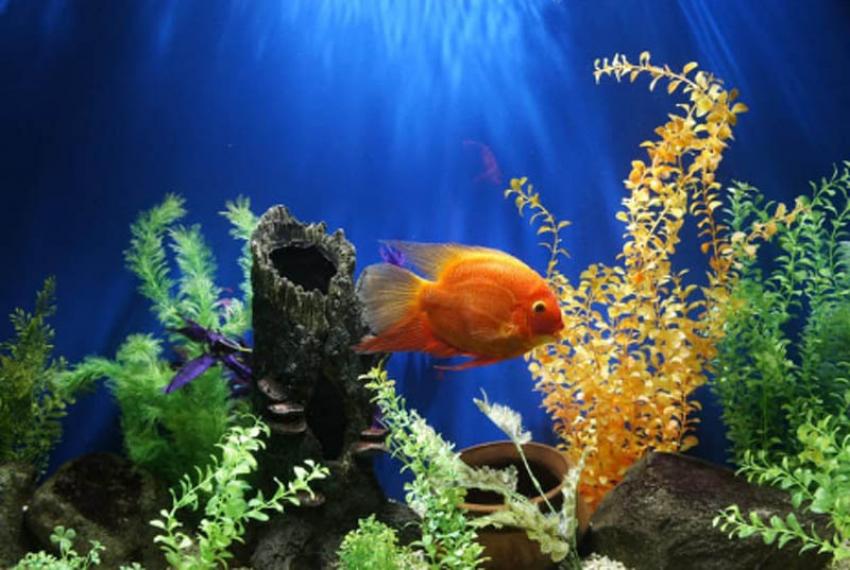 Have you seen these 8 popular aquariums of India?

June 8 was the World Oceans Day. We take a tour of eight popular aquariums in India. 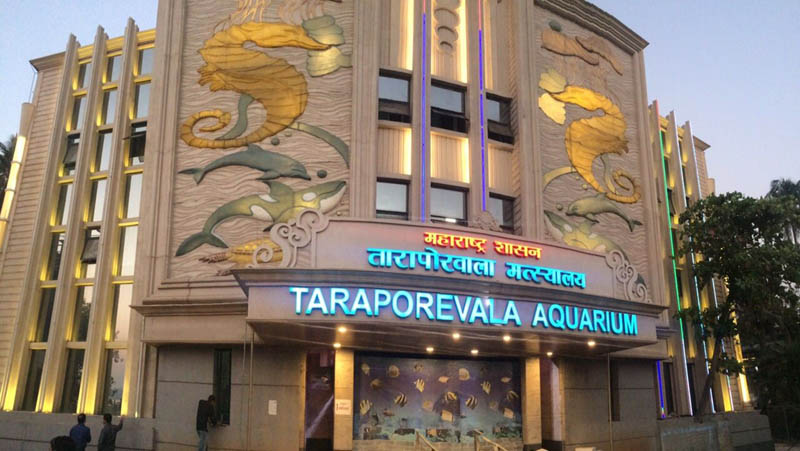 Located on Mumbai’s Marine Drive, this is India’s oldest aquarium. It houses both marine and freshwater fish. Walk through a 12 feet long and 30 degree acrylic glass tunnel to see the colourful denizens of the depth. Moray eels, turtles, sharks, starfishes and stingrays are some of the most popular attractions. There are also some coral fishes collected from Lakshadweep. Ticketed entry. Photography charges apply. Closed on Mondays.

Under the Sun Aquarium, Udaipur 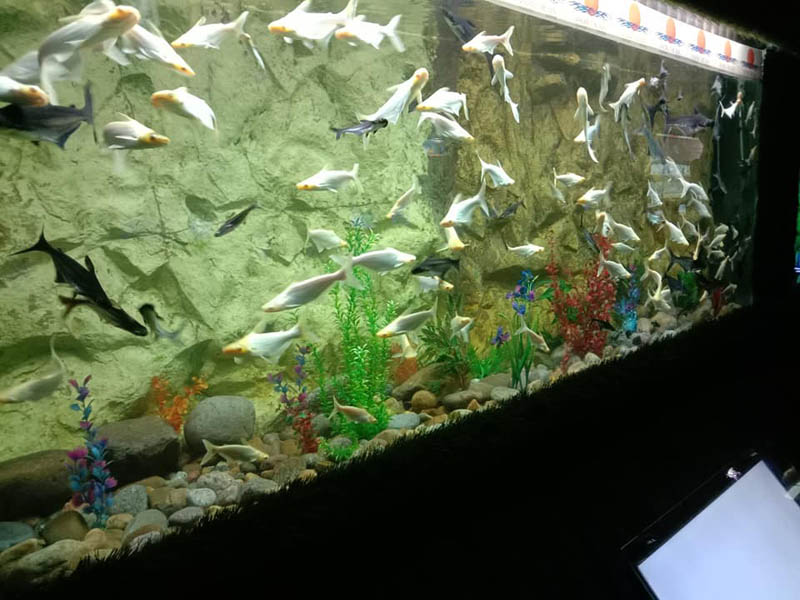 Tucked away in Rajasthan’s city of lakes is India’s largest aquarium, an initiative by the company which runs the Karni Mata Ropeway. The aquarium houses nearly 150 varieties of fish, both freshwater and marine. The main gallery is 125 meter long. The fish have been sourced from diverse waters across the world. Some of the interesting species include Mormyrus Rume, Alligator Gars, Senegal Dragons, Archer Fish as well as Indonesian Mud Crabs, Fire Belly Newts, Albino Frogs, etc. Apart from the aquarium proper, the complex also contains a special pool where you can get inside to experience life under water ‘without getting wet’, a touch pool, an aquatic restaurant, etc. Ticketed entry. Online booking available. 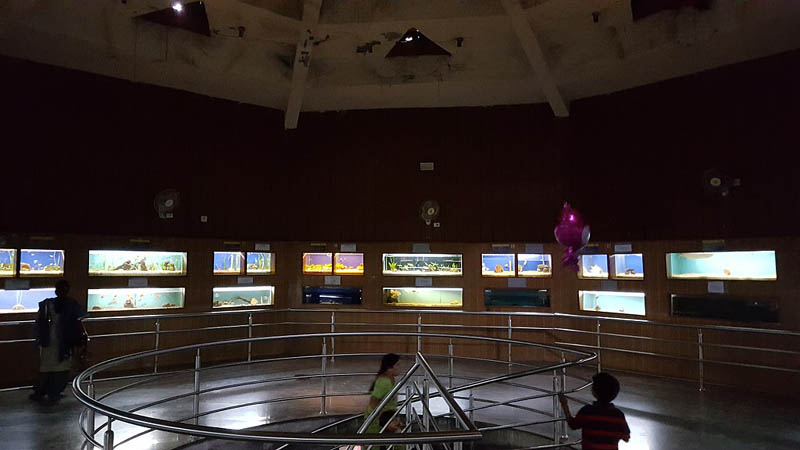 The second largest aquarium in India is located in Bengaluru’s Cubbon Park area. Maintained by the Karnataka Fisheries Department, it contains indigenous and exotic freshwater species, both cultivable and ornamental varieties. The fish tanks are located on the first and second floors of the octagonal shaped building. The aquarium is open all days except Mondays and second and fourth Tuesdays. Ticketed entry.

Tucked inside the Bagh-e-Bahu Garden of Jammu, this is said to be India’s largest underground aquarium. The building itself is shaped like a fish and has 24 aquarium caves which house both marine and freshwater fish. There is also an attached museum,  public gallery, and a laboratory promoting aquatic awareness.

Located in between Old and New Digha, maintained by the Zoological Survey of India, this is said to be India’s biggest in-built aquarium. As you enter, you cannot miss the skeleton of a huge whale displayed here. Apparently, the whale had washed ashore in 2012. Some of the popular marine species which can be seen here are fiddler crabs, hermit crabs, sea snakes, clown fish, sea anemones, sucker fish, puffer fish, lionfish, sharks, etc.

The aquarium with its bright blue and white painted exterior is quite an eye catcher. There are over 50 specially created tanks housing aquatic animals based on various ecosystems. You will find eels, lionfish, stingrays, piranhas, ghost fish, etc. There are separate pools devoted to sharks, turtles and koi fish.

Near the Odayam beach, the 3500 sq ft aquarium is housed in a three-story building and maintained by the Agency for Development of Aquaculture, Kerala (ADAK). It exhibits freshwater and seawater fish along with ornamental species. 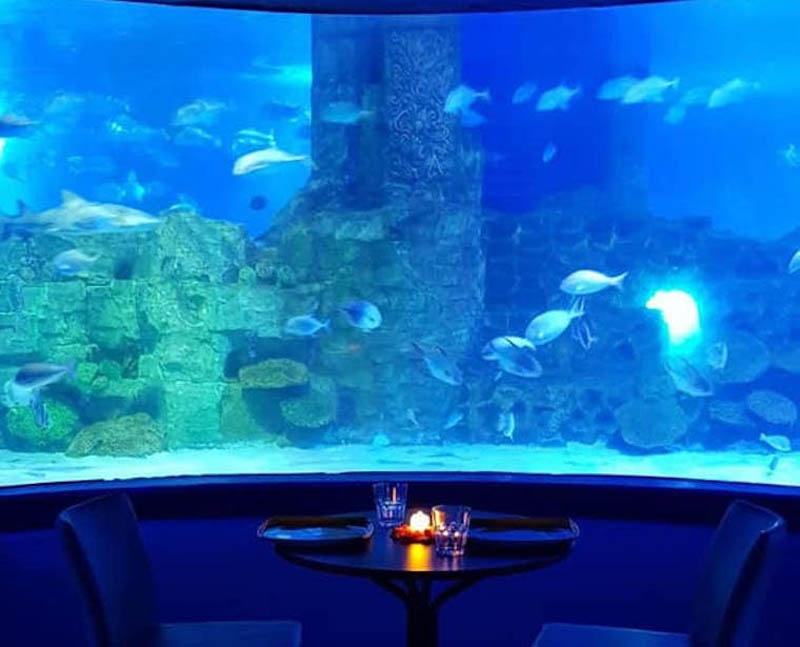 A private enterprise, it is said to be India’s largest walk through aquarium. The animals are housed in life-size tanks and overhead aquariums. According to the website, the aquarium is made up of 80 million litres of pristine water spanning across 70,000 sq. ft. There are over 200 species of fauna in five habitats – rainforests, gorges, mangroves, coastal and deep oceans – each populated with species that belong to a particular aquatic ecosystem on earth. They also offer lie feeding shows, scuba diving, etc. Ticketed entry. Has restaurant facilities.