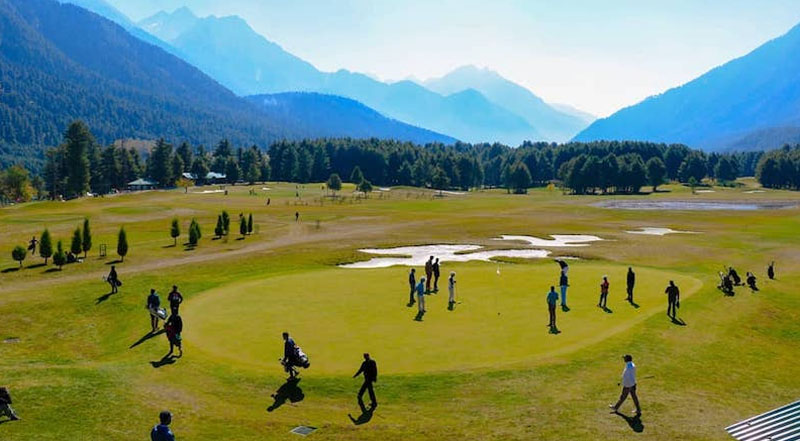 Kashmir, which was once a magnet of tourists and Bollywood filmmakers, is drawing visitors and creative souls again, riding on a relative peace since last year. While Kashmir is an eternal favourite of all generations, Rohini Dasgupta, a Gen Z Indian in her late teens, discovers the same awesomeness in the land of mountains, rolling green meadows, lakes, food and warmth of locals.

With apple orchards, saffron fields, glittering lakes and breathtaking meadows, Kashmir truly lives up to its name of ‘Paradise on Earth’. Its tranquil settings, magnificent views and pristine nature draws the attention of tourists from across the globe. Jammu and Kashmir has been famous for its natural beauty since time immemorial. Well, despite living in the shadow of violence and terrorism since India gained independence.

Jammu: Of temples, Patnitop and more

Jammu, the Duggar Land where the past still has a living presence, is primarily famous for its religious inclination. The city is sprinkled with temples. So it has been aptly described as the ‘ City of Temples’. 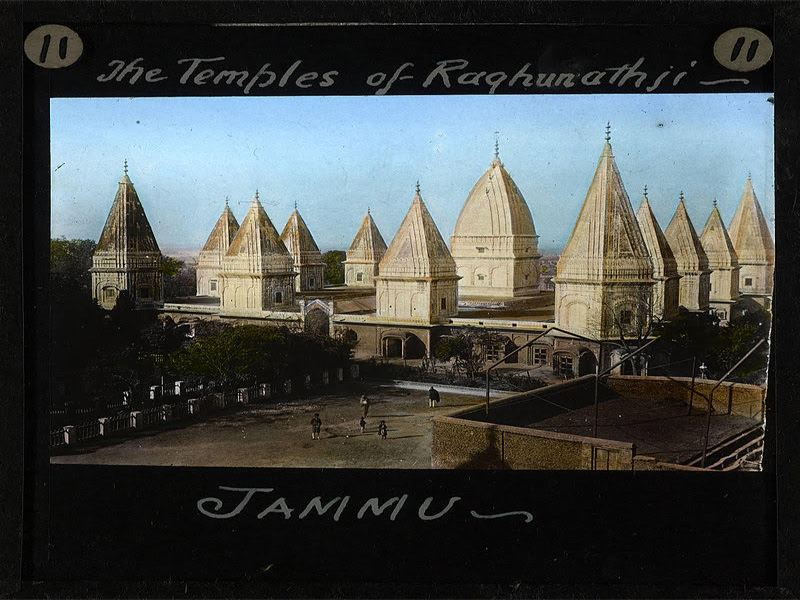 Nestled against the backdrop of the Pir Panjal Mountains, Jammu forms part of the transition between the Himalayan range in the north and the dusty plains of Punjab in the south. Jammu houses famous tourist attractions like the Matha Kali Temple, Raghunath Mandir, Amar Mahal, Bahu Fort, Dogra Art Museum and many more such historically rich monuments. 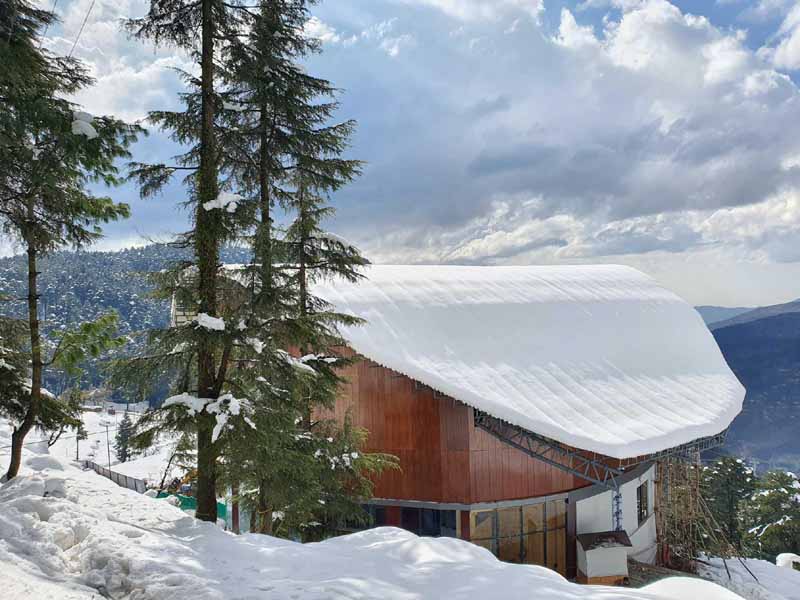 Apart from these, Jammu has also been graced with the ethereal beauty of the Mansar Lake and the jaw-dropping sites of Patnitop and Doda.

As we move on to Kashmir, our eyes are blessed with the breathtaking views that this place has to offer. Starting with Srinagar, the capital of the state of Jammu and Kashmir, its main attraction is the Dal Lake. 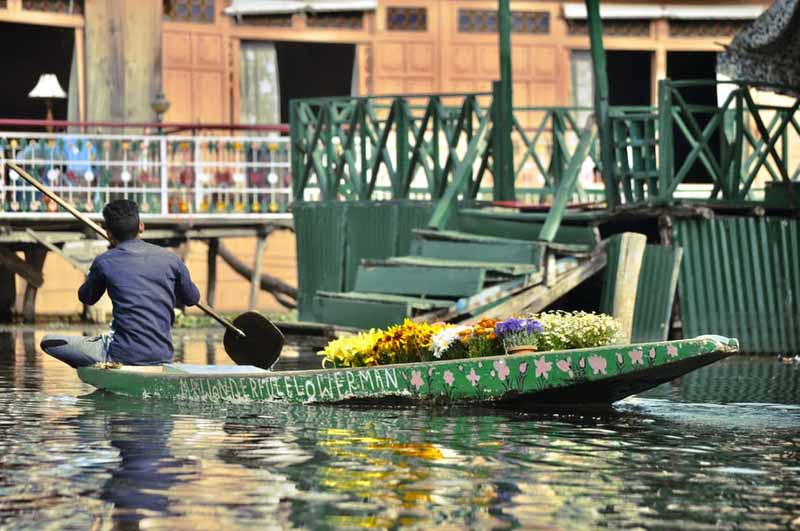 The Dal Lake with its intricately carved wooden houseboats are famous all over the world. A shikara ride in Dal Lake, is a must for all tourists. It takes us all around the lake as we see the floating Meena Bazaar, offering all kinds of Kashmiri goods and gorge on the mouthwatering kebabs sold by vendors on shikaras. 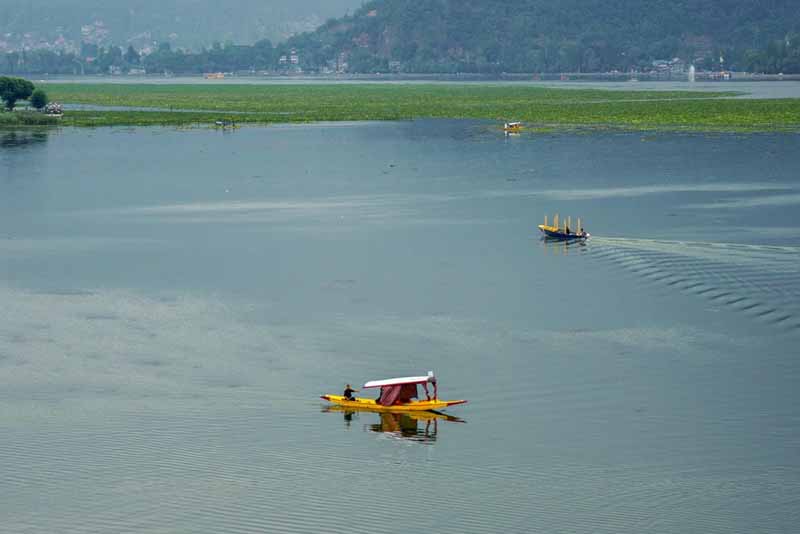 It truly is a wonderful experience. Just outside the city are the Shalimar Gardens created by Jehangir and the Mughal Gardens which include the eye-popping gardens of Nishat Bagh, Shalimar Bagh and Nashim Bagh. 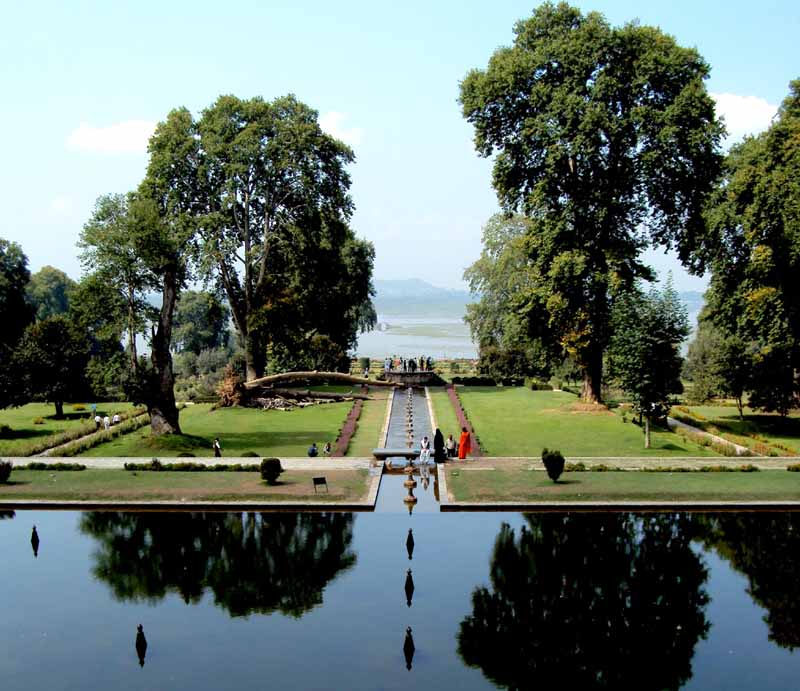 (A view of Shalimar Bagh in Srinagar)

Another such place is Gulmarg, if not better. Quite rightly termed as the ‘Meadow Of Flowers’, and indeed a heavenly place to tread on; Gulmarg offers mesmerizing landscapes, and an enthralling possibility of various adventure activities. 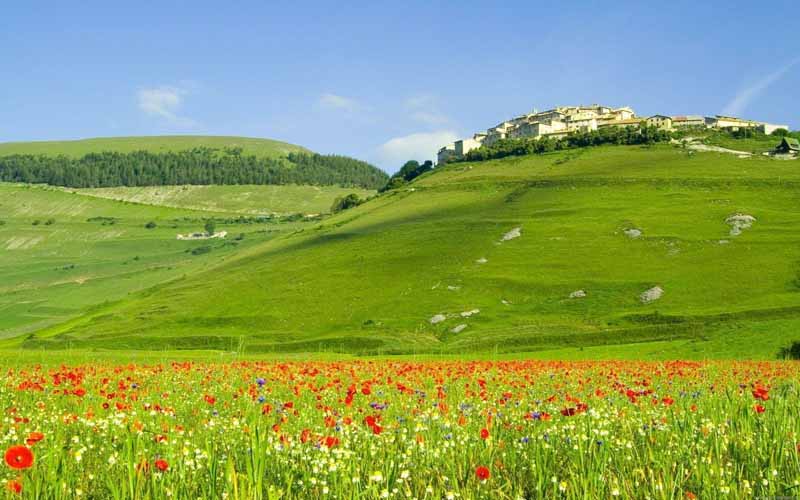 A few of the major tourist sites include the Palace of Raja Man Singh and the famous gondola ride to the Zero Point, a place which does justice to the beauty of snow. 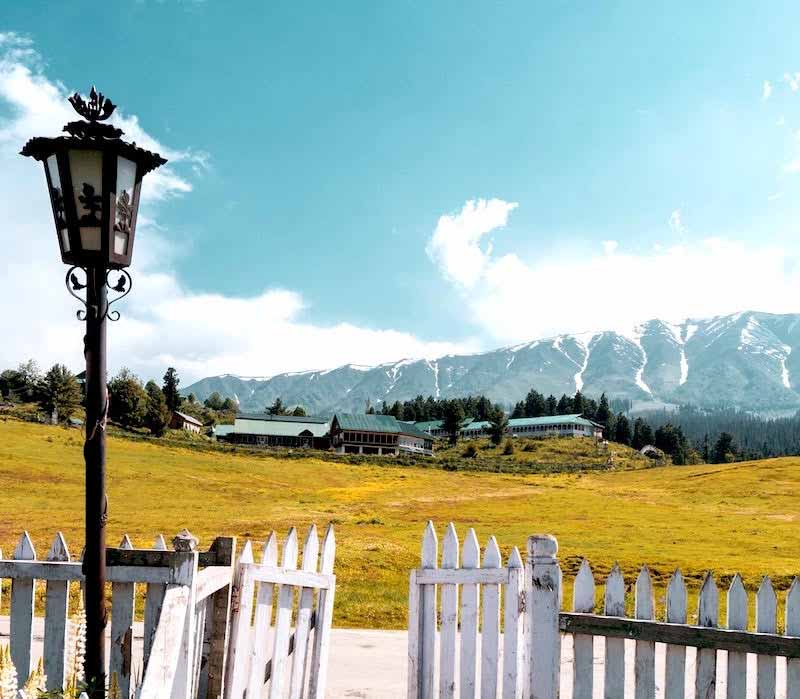 Leaving Gulmarg behind, as we see it shrinking away from our sights, we welcome the heavenly town of Pahalgam. It is apt to confess that one might struggle to find words while describing the beauty of Pahalgam, located in Kashmir’s Anantnag district.

This small town is surrounded by snow clad mountains, crisp coniferous forests, cool blue mountain lakes and green meadows. It is no wonder that Pahalgam is the crown jewel of Kashmir. 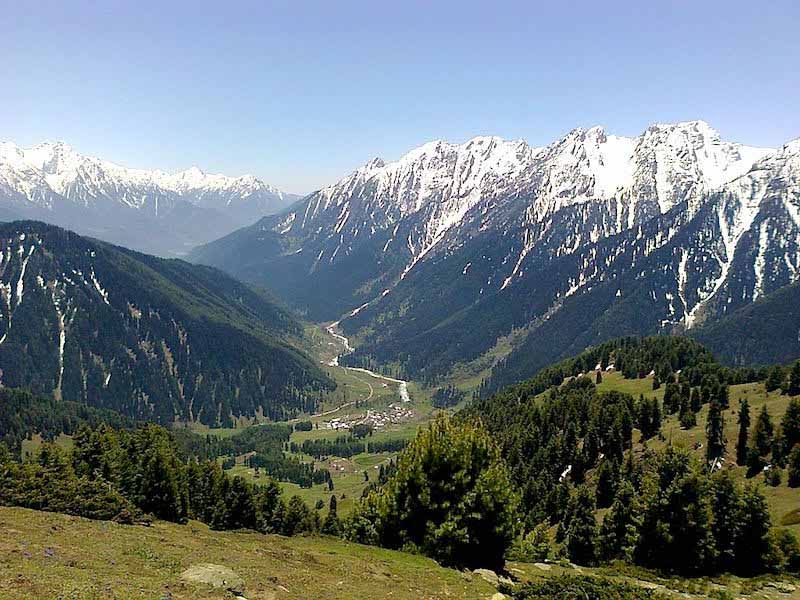 Places to visit in Pahalgam are innumerable, but some hold a special in the ranks, Aru Valley being one of them. This beguiling village in Kashmir, lies on the shores of Aru River. Filled with lush pine forests that are interrupted by beautiful rolling meadows, Aru Valley has indeed been blessed with heavenly beauty, which is further amplified by the crystalline glacial lakes surrounding it. 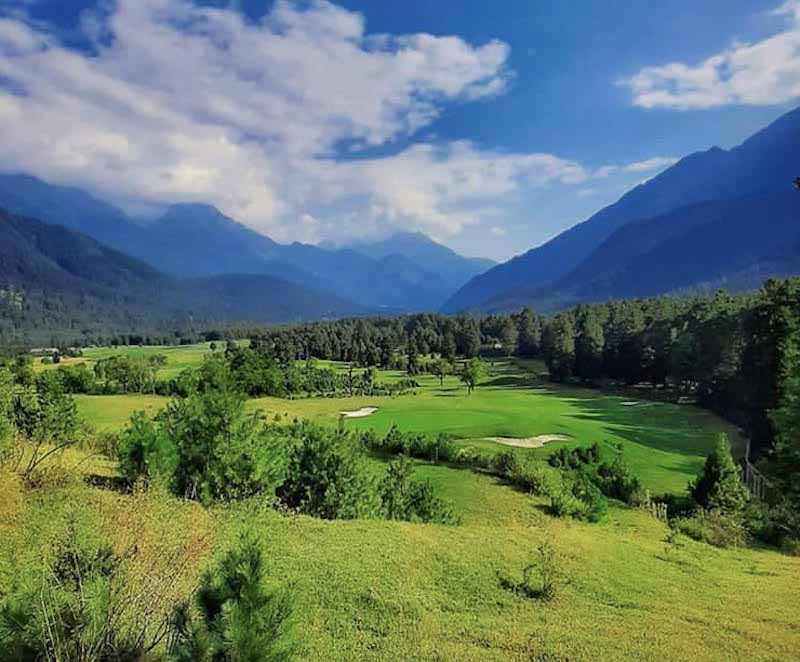 Not far behind is the Betaab Valley. This photogenic valley has a special connection with Bollywood, known for its obsession with Kashmir since the 1960s when films like Kashmir Ki Kali, Junglee, Jab Jab Phool Khile were shot among countless others. 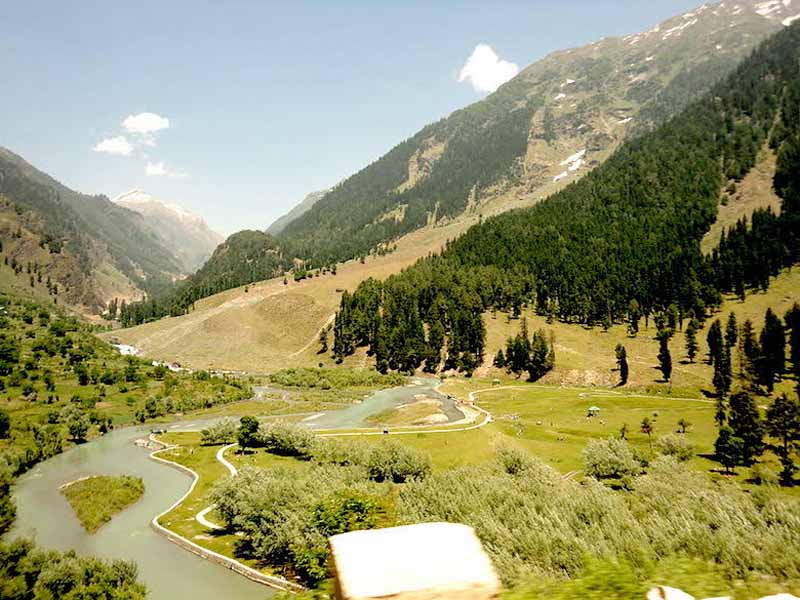 Earlier known as Hagoon, Betaab valley derives its present name from the 1983 blockbuster ‘Betaab’, the debut film of Sunny Deol and Amrita Singh. Numerous other memorable movies have also been shot here. 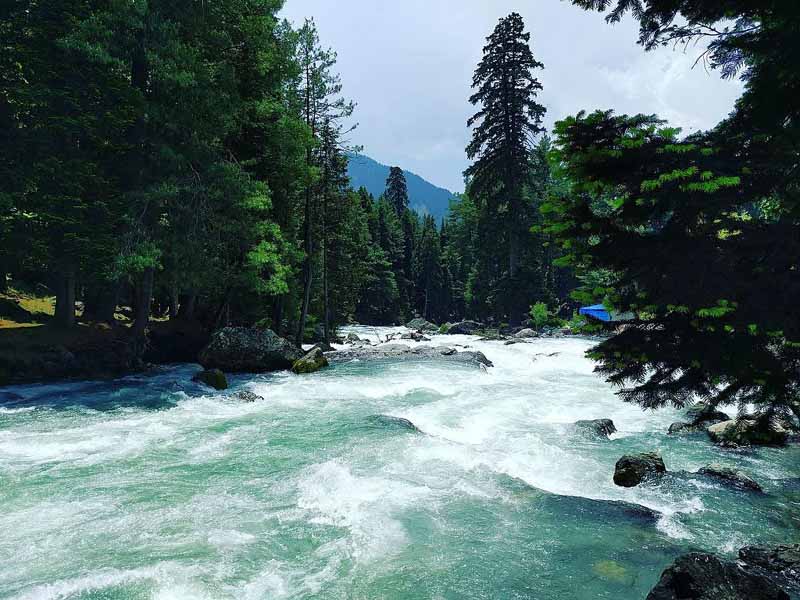 The Lidder River bubbles past the Betaab Valley only enhancing its beauty. If you are a photography enthusiast, you are bound to have sore fingers just by capturing the beauty of Betaab valley. There are beauties in every nook and corner of this picture perfect valley.

A must visit place in Pahalgam is the Baisaran Valley. This virgin valley appears like a fresh emerald in summer and a snow wonderland in winter. It is a 6 km trek from Pahalgam and can only be arrived on ponies. The climb through the dense pine forest will leave you awed and trembling with fear at the same time. But this untouched heaven makes up for its frightening journey there. 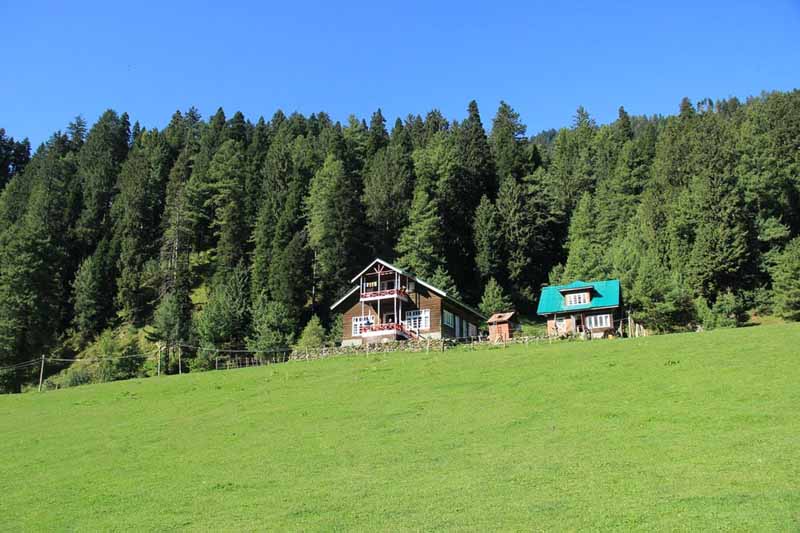 (With untouched and gorgeous natural beauty, lush greenery and Himalayan ranges, Pahalgam is a feast to the eyes and senses. Image: Amit Jain/Unsplash)

The valley is also dubbed as ‘Mini Switzerland’, because of its long dark rolling meadows resembling the ones in Switzerland. It is cradled by dense pine forests that give a green carpet look to the meadow and provides a contrasting hue against the snow-capped peaks of surrounding mountains.

A voyage to the meadow is truly a treat for the senses. Situated at a height of 2200 meters above sea level, Pahalgam is India’s answer to Swiss Alps.

The best time to visit Jammu and Kashmir is March and April which are the spring season and the early summers in the Kashmir Valley. The hills are lush green and flowers blossom all around, making this a beautiful and vibrant time . There are three airports in Jammu and Kashmir so the best way to get here would be by air as we also catch a glimpse of the top of the snow-capped Himalayan peaks . But one can also reach by road rail.