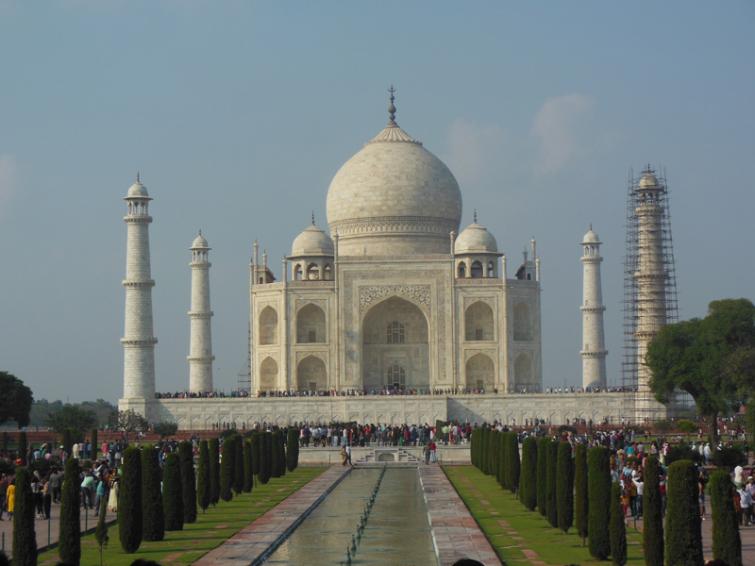 Agra/UNI: Two-month long lockdown seems to have hit the Tourism sector the most in the country and its revival looks distant.

As the country has opened up with Unlock 1.0, the tourism sector is staring at a loss of Rs 10 lakh crore with the industry estimating a possible loss of 50 million jobs.

The lockdown of tourism in Uttar Pradesh has thrown over one million people who are directly or indirectly involved in the sector including guides, hotel, restaurants, transport and other related sectors.

One of the biggest tourism centre of the world the famous Taj Mahal in Agra too is experiencing the same fate with several people engaged in it facing severe financial crisis.

With average daily footfall of around 20,000 tourists, this “wonder of the world” is presently out of bound for tourists results in huge loss to revenue and crises for those whose livelihood depends upon tourism.

Taj Mahal recently figured more prominently in the world map in February just before the outbreak of Corona when President Trump and his family's visited Agra and stayed at the 17 th century Mughal Mausoleum.

Nitin Singh, the guide who showed them around the archaeological marvel, also hoped that after the visit of US President, Taj Mahal will gain more popularity and draw more foreign visitors.

"We have been left shaken by the lockdown. I am now surviving on my savings. A guide’s business is that of uncertainty. A lot depends upon on how many and the kind of tourists you interact with. It seems that tourism will be impacted for long. We don’t see a big revival in near future," Singh told UNI here on Wednesday.

He further said that similar was the condition of other guides and people who are involved with the Taj Mahal and earn their livelihood through daily income. " We are doomed and it seems that tourism sector will have to face the brunt for some more months till tourists start visiting Agra," he added.

"As per the statistics, 40 per cent of Agra’s economy depends upon tourism and the jewel in it's crown the Taj Mahal. It has now been shut for the last 73 days says Deepak Dan," the president of the UP guides association.

Mr Deepak Dan says," Agra off course is the biggest centre of tourism in India. Tourism constitutes around 9 per cent of country’s GDP. So the loss to economy can easily be guessed. For last two months we are in total lockdown, so it’s a long cycle of loss, right from a tourist arriving at our airport. Unfortunately, the curb was imposed during peak of tourist season."