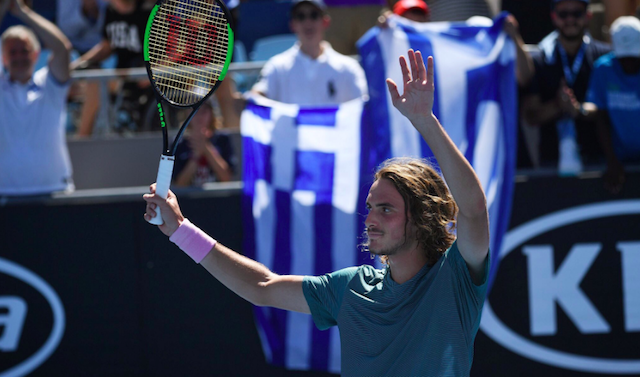 Melbourne, Jan 20 (IBNS): Defending champion Roger Federer crashed out of the Australian Open in the fourth round on Sunday after being beaten by 14th seed Stefanos Tsitsipas.

.@StefTsitsipas has been idolising Roger Federer since the age of six.

With this win, Tsitsipas is the first ever Greek to reach the quarter-finals of a Grand Slam. His next match will be against 22nd seed Roberto Bautista Agut of Spain.

"I am the happiest man right now," said Tsitsipas.

"I have been idolising him (Federer) since the age of six," he said after the win. "It was a dream come true just facing him."