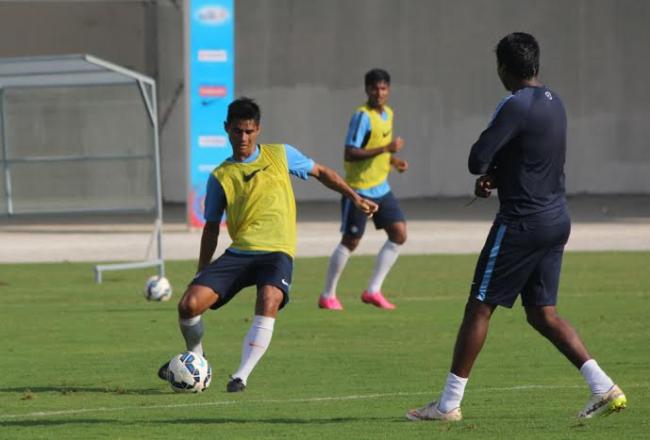 Itâ€™s a privilege and an inspiration to be mentioned by Modi: Lyngdoh

India Blooms News Service | | 31 May 2016, 09:30 pm
#Lyngdoh, #Prime Minister, #Narendra Modi
New Delhi, May 31 (IBNS): Days after Prime Minister Narendra Modi hailed the state of Meghalaya for its contribution to Indian Football, 2014 AIFF Player of the Year Eugeneson Lyngdoh said it was a privilege to be mentioned by the leader of the nation.

Eugeneson Lyngdoh  said, “It’s a privilege and an inspiration to be mentioned about by the honourable Prime Minister.” “It was surprising to know that the Prime Minister of the Country knows about Footballers from the North East,” AIFF 2014 Player of the Year Lyngdoh told www.the-aiff.com moments after the Indian National Team safely landed in Vientaine, Laos for India’s forthcoming 2019 AFC Asian Cup Qualifier match against Laos.