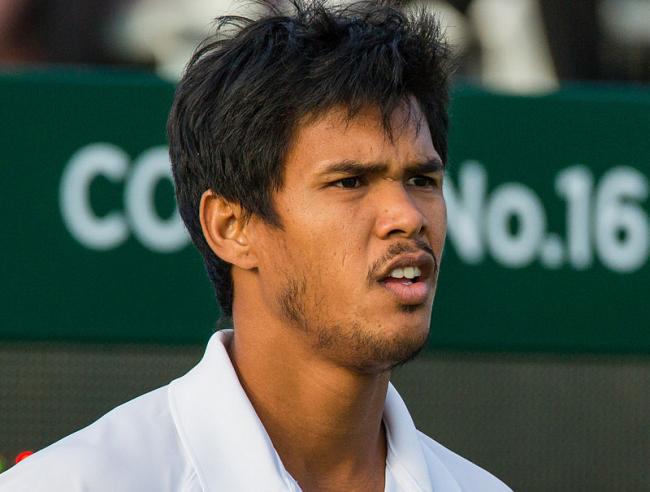 India Blooms News Service | | 29 Dec 2015, 04:21 pm
#Aircel Chennai Open, # Sriram get Wildcards, # Doubles Main Draw
Chennai, Dec 29 (IBNS) The 20th edition of Aircel Chennai Open on Tuesday announced the wildcards for the upcoming tennis tournament to be held from January 4-10 at Chennaiâ€™s Nungambakkam Stadium.
In the singles main draw, Ramkumar Ramanathan gets a wildcard. The young Chennai lad, with a current singles ranking of 248, will be participating in the tournament for the 5th  year in a row. With an impressive following of tennis fans on home ground, Ramanathan will be looking to build on the home advantage and put on an impressive performance to go deep into the draw. Earlier this year, he reached a career-high of 208 in the singles rankings.

The other two wildcards in the singles main draw will be given to the Russian duo of Karen Kachanov (ranked no. 152) and Andrey Rublev (ranked no. 172). Aged 19, Kachanov turned pro in 2013, and has been playing tennis since he was three years old. He won the U-18 European Championship title in July 2013 in Switzerland. He counts Marat Safin and Juan Martin del Potro amongst his tennis idols growing up. An avid football and basketball fan, Kachanov is working hard to break into the top 100 club in 2016, and to eventually be world no. 1.

Young Russian Andrey Rublev, is aged 18, having turned pro only in 2014. He reached a career high ranking of 172 in the world earlier this month. Fondly known as ‘Rubl’, Rublev has been playing tennis since he was three years old, and counts among other sporting pleasures, boxing and basketball as his favourite sports.

In the doubles main draw, 2 Indian pairs have been given wildcards – Somdev Devvarman & Jeevan Nedunchezhiyan and Ramkumar Ramanathan along with Sriram Balaji will see themselves in the main doubles draw.

For upcoming young talent, the Aircel Chennai Open has also granted wildcards to India’s very own, Sanam Singh and Vijay Sundar Prashant for the Qualifying Singles draw, and aiming to qualify for the singles main draw. The talented duo will be looking to capitalize on this opportunity and further their tennis, getting a chance to play against some of the best in the game, right here in Chennai.

Season tickets for the event are available on sale at the venue December 25 onwards. Priced at INR 5000, 3000 and 1500, season tickets can also be booked exclusively on bookmyshow.com, the tournament's Official Ticketing Partner. Fans can also log on to the official website aircelchennaiopen.org for further details. Options are also available for corporate and bulk purchases.
ACO 2016 will witness an exceptional line-up of top talent at the US$ 480,000 prize money tournament. The impressive player field for the region's most exciting and hard-fought tennis tournament will see World No. 4 Stan Wawrinka vying for a hat-trick of titles, Chennai-debutant World No. 12 Kevin Anderson, World No. 19, ATP's Comeback Player of the Year 2015 Benoit Paire, World No. 25 Roberto Bautista-Agut, along with Guillermo Garcia-Lopez, Gilles Muller, Vasek Pospisil, Borna Coric, and Aljaz Bedene representing nine players from amongst the top 50 in the world.

The Title Sponsor for the tournament is Aircel and the event is supported by a consortium of sponsors in the Platinum , Gold and Silver category, headed by the Government of Tamil Nadu.
Related Images