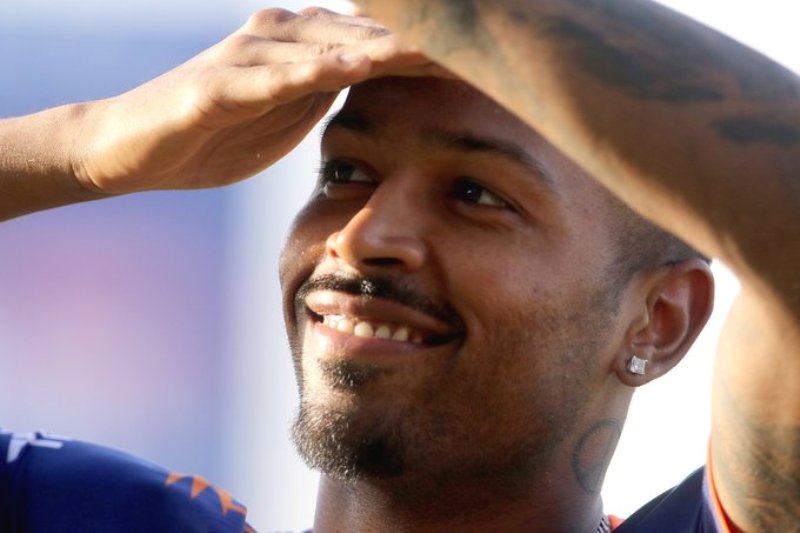 Hardik Pandya follows MS Dhoni's 'simple advice'. Do you know what is it?

Rajkot/UNI: India's star all-rounder Hardik Pandya, who has enjoyed a golden run of form, revealed a piece of advice from Mahendra Singh Dhoni which has helped him become a better player.

Speaking with Dinesh Karthik after the game on BCCI.tv, Pandya said: "Early in my days, Mahi Bhai taught me one thing. I asked him how do you get away from pressure and everything.

"And he gave me very simple advice, 'Stop thinking about your score and start to think of what your team requires'. So, that lesson has stuck in my mind and has helped me become the player that I’m, to play under any situation."

Pandya has recently made a comeback into the India squad during the T20I series against South Africa, making some vital contributions.

His inclusion came on the back of a sensational IPL with the Gujarat Titans, where he proved his form and fitness, leading them to the title. Pandya scored 487 runs in the IPL while also chipping in with 8 wickets.

The most impressive aspect of his game though was his leadership abilities, which has led him to being named the Indian captain for the two-match T20I series against Ireland later this month.

"For me, genuinely nothing changes because I play (according to the) situation, I play the symbol which is there on my chest.

"The only thing which I obviously want to get better with time is how smoothly and frequently I keep doing the things I did for Gujarat Titans and for India," he added.