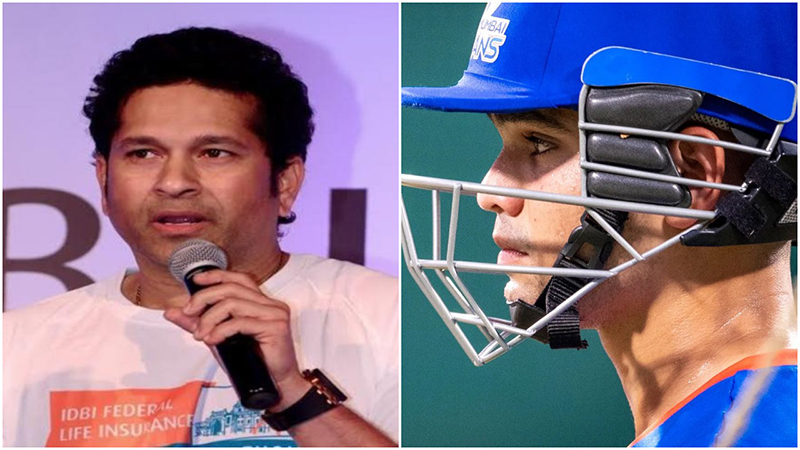 Path going to be challenging: Sachin Tendulkar to son Arjun on cricketing future

Mumbai/IBNS: Cricket legend Sachin Tendulkar's son Arjun Tendulkar was seen in the reserve bench of Mumbai Indians for 28 matches across two seasons of the Indian Premier League (IPL) but his father has got a special message for him.

Speaking at a show SachInsight, Tendulkar, when he was asked about his son's future, said, "This is a different question. What I am thinking or what I feel is not important. The season is already over."

"And my conversation with Arjun has always been that the path is going to be challenging, it is going to be difficult. You started playing cricket because you are in love with cricket, continue to do so, continue to work hard and results will follow," he added.

Arjun, a left-handed pace bowler and a batter, has so far played only two T20 matches for his domestic team Mumbai.

Regarding selections, Tendulkar, who is associated with Mumbai Indians, has made it clear that he doesn't interfere.

"And if we speak about selection, I have never involved myself in selection. I leave all these things to the (team) management because that is how I have always functioned," the master blaster said.