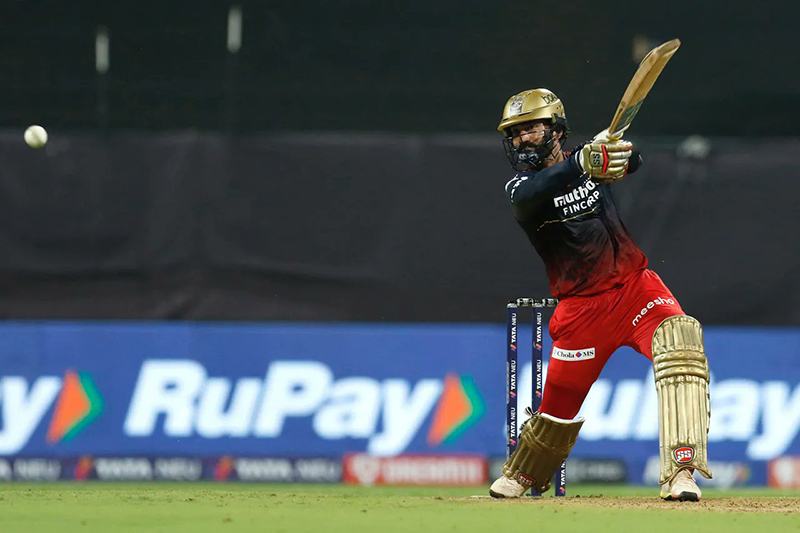 Cricket legend Sunil Gavaskar believes Royal Challengers Bangalore wicketkeeper-batsman Dinesh Karthik is capable of changing the complexion of the game in the Indian Premier League (IPL) 2022 with his batting exploits.

Karthik has been finishing games for his franchise in the ongoing season and the former Indian captain backed the senior Indian cricketer to do the same for the national side during the T20 World Cup.

While speaking on Cricket Live on Star Sports, Gavaskar said, "Of course, he'll be the RCB player to watch out for in the game against Lucknow. He's just changing the complexion of the game with his performance. He's doing it for his team.

"He said he wants to be a part of the Indian Team for the T20 World Cup. So what I am saying is don't look at his age, just look at what he's producing. He's doing the job that you can expect him to do at number 6 or 7 at the World Cup."

While speaking on Cricket Live on Star Sports, Hayden said, "The RCB side have got some good mix of talent and there are a few players who are going to have a crack in the game. RCB have their captain Faf du Plessis who scored an impressive 88 in the first game but his form has tapered off a little bit.

"Of course, they've got Glenn Maxwell there as well. He has also made a few footprints in the tournament. So with Virat, Maxi and Faf, expect fireworks from them."

RCB will take on LSG in an IPL clash on Tuesday.