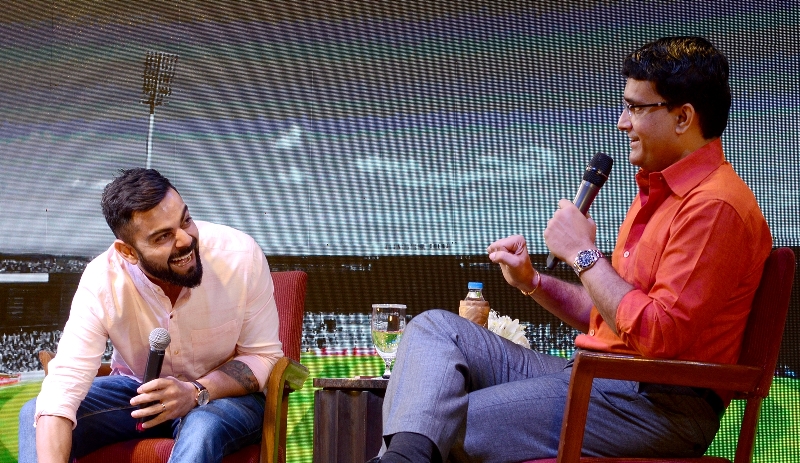 Kolkata/IBNS: Indian cricket board (BCCI) president Sourav Ganguly has rejected the reports claiming he wanted to send a show cause notice to former skipper Virat Kohli (who was then the Test captain) after the latter contradicted with the administrator's version on captaincy row, media reports said.

Though Ganguly was keen on seeking an explanation from Kohli, Board of Control for Cricket in India (BCCI) secretary Jay Shah intervened and requested the president to refrain from sending show cause notice, reports had claimed.

Reports claimed Shah wanted to pause the step as he didn't want a negative impact to fall on the national men's team, which were touring South Africa for a significant series.

Kohli, who was stripped off his One Day International (ODI) captaincy as the board wanted a single white ball skipper, contradicted Ganguly who claimed he had requested the former to carry on leading India in T20s.

Ganguly, who faced backlash after his cricket board sacked Kohli as ODI captain, earlier told ANI, "It's a call that the BCCI and the selectors took together.

"Actually, the BCCI had requested Virat to not step down as the T20I skipper but obviously, he did not agree. And the selectors then did not feel it right to have two different captains for two white-ball formats."

Contradicting the BCCI president, Kohli had dropped a bombshell saying, "When I told the BCCI that I want to give up T20I captaincy, it was accepted really well. There was no hesitancy. I was told that it was a progressive step. I had informed at that time that I would like to lead in ODIs and Tests.

"The communication from my side was clear but I had also informed that if the office bearers and selectors don't think I should lead in other formats, then that is fine."