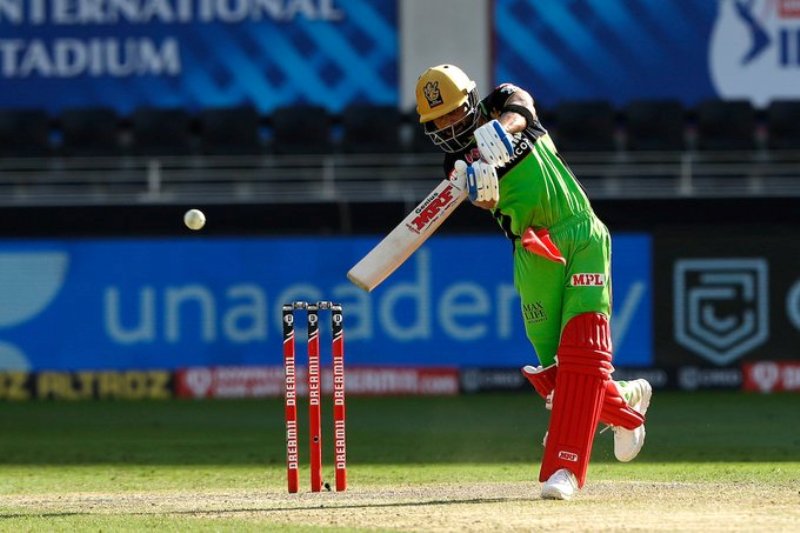 Dubai/UNI: Chennai Super Kings restricted Royal Challengers Bangalore to 145 for 6 in the 44th match of the IPL 2020, at the Dubai International Cricket Stadium, here on Sunday.

Skipper Virat Kohli smashed a 43-ball 50, while AB de Villiers also chipped in with a 36-ball 39 for RCB.

After winning toss and opting to bat first, openers Aaron Finch and Devdutt Padikkal gave RCB a solid start. Sam Curran dismissed Aaron Finch (15) in his first over to give CSK a breakthrough.

Captain Virat Kohli came next to bat and joined Padikkal in the middle. The duo took RCB to 46/1 at the end of powerplay.

However, Mitchell Santner, who was playing his first game of the season got the important wicket of Padikkal (22) in the first ball of the 7th over.

After Padikkal's wicket, AB de Villiers joined Virat Kohli as RCB looked to get to a good score.

The CSK spinners were impressive in the middle overs as they didn't let AB and Kohli take them on. The pair did get the odd boundaries, but the foundation of their partnership was based on singles and twos.

The duo added 82 runs for third wicket. CSK pacer Deepak Chahar broke the partnership by getting rid of de Villiers, who scored 39 off 36. Moeen Ali couldn't do much as he was dismissed by Curran for 1.

On the other hand, Virat Kohli got a fifty (50) but he departed immediately after the milestone.

From there on, RCB innings never looked headed towards a big score. They lost four wickets in the final 3 overs, with only 20 runs scored.

Owing to an excellent bowling performance, CSK managed to restrict RCB to 145/6 at the end of 20 overs.

Sam Curran (3/19) was the most successful bowler for CSK with three wickets, while Deepak Chahar (2/31) took two and Mitchell Santner (1/23) claimed one.