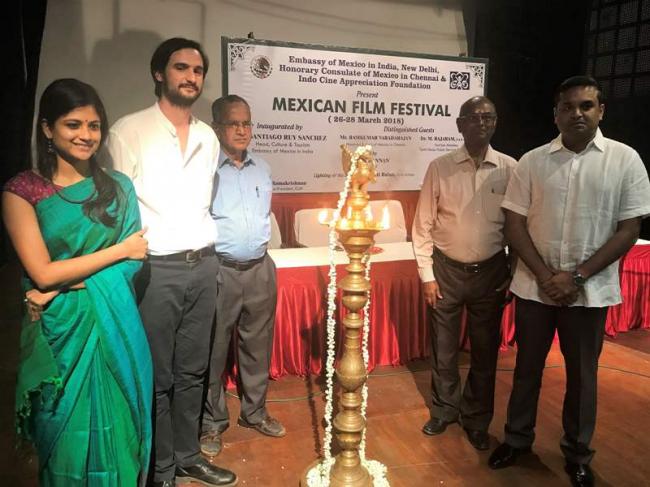 Chennai, Mar 27 (IBNS): Five Mexican films screening free to the public at Alliance Francaise of Chennai in a three-day festival.

To encourage an exchange of rich cultural and cinematic experience, the Embassy of Mexico in India with the valuable support of the Honorary Consulate of Mexico in Chennai and the Indo Cine Appreciation Foundation (ICAF), inagurated a three-day film festival of contemporary Mexican films on Monday, on Mae 26.

The festival, scheduled to be held till Mar 28 at Alliance Francaise of Madras, was inaugurated by Santiago Ruy Sanchez, Head, Cultural and Tourism Affairs, Embassy of Mexico in India, who emphasized, “Mexico and India have a lot in common, the importance of family, very spicy food, but also we share the love of cinema. 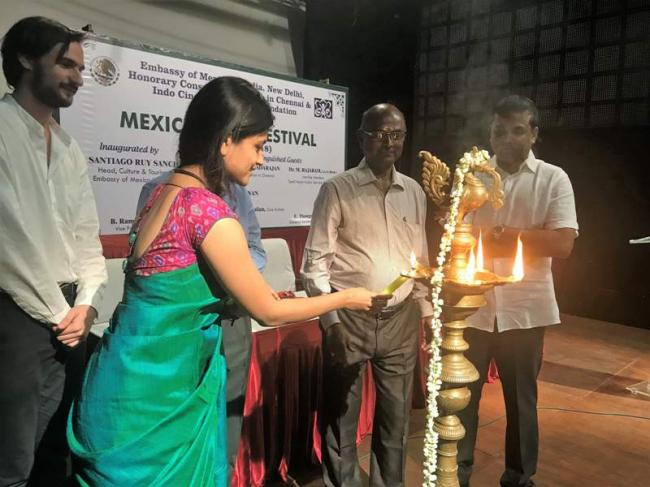 The inaugural lamp was lit by cine artiste Aditi Balan, in the presence of Ramkumar Varadarajan, Honorary Consul of Mexico in Chennai, B. Ramakrishnan, Vice-President, ICAF and E. Thangaraj, General Secretary, ICAF.

The diverse range of films across genres ranging from thriller, action, adventure to comedy and romance serve to enrich the understanding of Mexican contemporary cinema and provide an opportunity to discover Spanish language and Mexican culture.