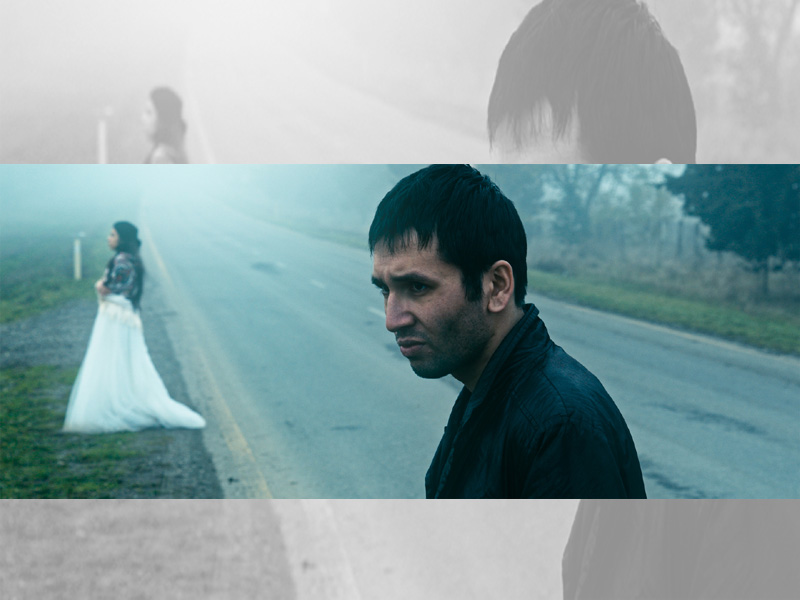 Why is it always that at international film festivals, nations we know little about pull out the most outstanding films as if out of a magic hat? 26th KIFF is no exception. National Award winning film writer Shoma A Chatterji picks out around four films screened in the International cinema section some in competition and some not because they have already been screened at other film festivals.

Let us take them in order of impact. The first name that comes to mind is Kouther Ben Hania’s The Man Who Sold His Skin from Tunisia, inspired by Belgian contemporary artist Wim Delvoye's living work Tim (2006).

It was selected as the Tunisian entry for the Best International Feature Film at the 93rd Academy Awards. It premiered in the Horizons section at the 77th Venice International Film Festival, where Yahya Mahayni won the Best Actor Award.

The basic message the artist who draws the Schengen visa on the hero’s back is – human beings have walls built around nations that constrict their movement from one country to another but commodities are mobile. So, he converts the protagonist Sam into a model which is actually a commodity owned, managed and controlled by the artist and his team.

He is lodged in a five-star hotel with its associated luxuries but it takes time for him to realise that he has been truly reduced to a work of art which is exhibited, bought by a collector and then auctioned off at an exorbitant price. It is perhaps the most dynamic film in the entire festival, with twists at every turn and enriched with black humour and fully fleshed out characters.

In Between Dying directed by Hilal Baydarov from Azerbaijan is an entirely abstract, philosophical film where everything may be as surreal as they may be real.

It is the story of a strapping young man called Davud who questions himself on the existence of life and the cessation of life and travels across the country encountering characters who may be real or the product of his imagination that both offers answers and raises questions.

The cinematography remains blurred, hazy and is filled with slow, panning long shots or medium long shots and almost without any close-ups which shows us the protagonist’s face only once or twice in mid-close-ups.

He is being chased by three young men ordered by a strange doctor but somewhere in the middle of the race, they begin to doubt whether the hero should really be killed. In fact, we do not even know whether Davud is for real or a product of the director’s imagination.

Blindfold, from Ukraine, directed by Taras Dron, won in the international competition program of debut films Competition. Julia, a young MMA fighter, lost her fiance at war. She quits the sport and starts a new relationship to free herself from the role of the war hero’s widow, which is imposed on her by the environment.

The film spills over with dynamic physical action through the running and work-outs of Julia juxtaposed against her psychological trauma of being trapped to what others feel about her trauma as she seems to have lost her partner at war.

Presented in competition in Venice’s International Film Critics’ Week and the only Italian title in this year’s selection, Thou Shalt Not Hate (2020) is Mauro Mancini’s first full-length film.

Living up to its title, the film presents the story of a surgeon, a Jew who lives and practices in Italy, who almost spontaneously, does not save a victim of a car crash when he sees the Swastika tattooed on his chest.

He summons an ambulance but by the time it arrives, the man is dead. The doctor discovers that the man’s family, a daughter and two growing sons, are placed in severe financial distress.

He hires the daughter, who does not know the surgeon, as a cleaning woman who is an accountant by education. Her 17-year-old brother is a New-Nazi. How their ideologies change makes for the basic philosophy of the film.

Thou Shalt Not Hate is an Italian-Polish co-production courtesy of Movimento Film (Italy) and Agresywna Banda (Poland), together with RAI Cinema and in association with Notorious Pictures.