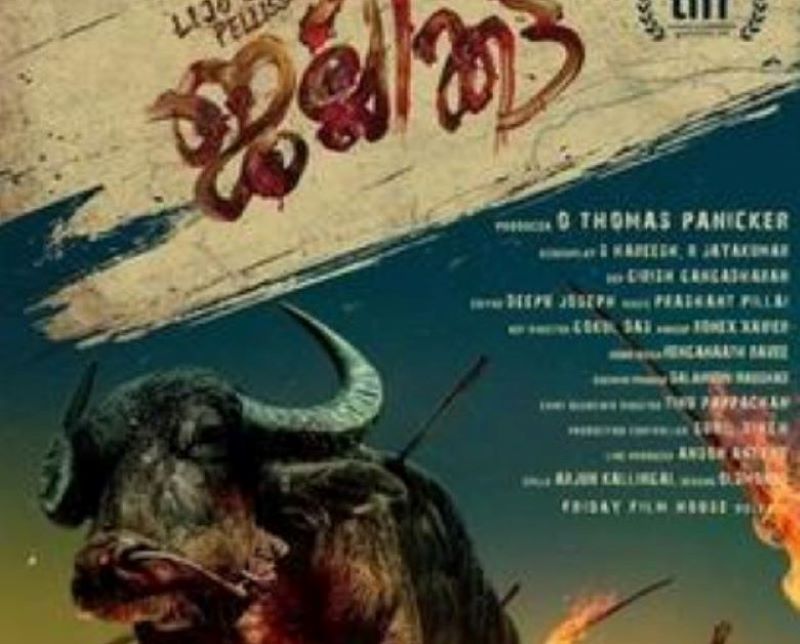 The film, which has been directed by Lijo Jose Pellissery, has been selected by the Film Federation of India.

The plot of the film revolves around a bull which escapes from a slaughterhouse in a remote village in the hills. After its escape, all village men gather to hunt down the bull.

The jury has selected the film by a "majority choice".

As many as 27 films from different languages were in the race to get nominated as the Oscar entry.

Among the 22 Hindi films, which were in the race to the Oscars, were Shakuntala Devi, Gunjan Saxena, Shikara, Chhapaak.

No Bengali film was in the race to the nomination.

"It was decided by a simple majority among the Jury members that ‘Jallikattu’ was the best film to represent our great Nation at the upcoming Oscar Awards. The 14 member Jury was touched by the rawness the film depicted, the complexity of human emotions with well fleshed out characters. We believe this is the right choice and we sincerely hope it gets further selected by the Academy in due course of time" said Mr. Rahul Rawail, Chairman of the Jury Committee for this year.

"The Jury met virtually this year keeping in mind the worldwide pandemic which has affected all our lives so deeply. This year we received 27 final entries for selection and we had a 14 member Jury panel deciding on which one to put forth as the official selection. We thank all the producers whose films were shortlisted for selection and special congratulations to the entire team of Jallikattu on being selected as our official entry to Oscars!" remarked Mr. Firdausul Hasan, President of Film Federation of India.