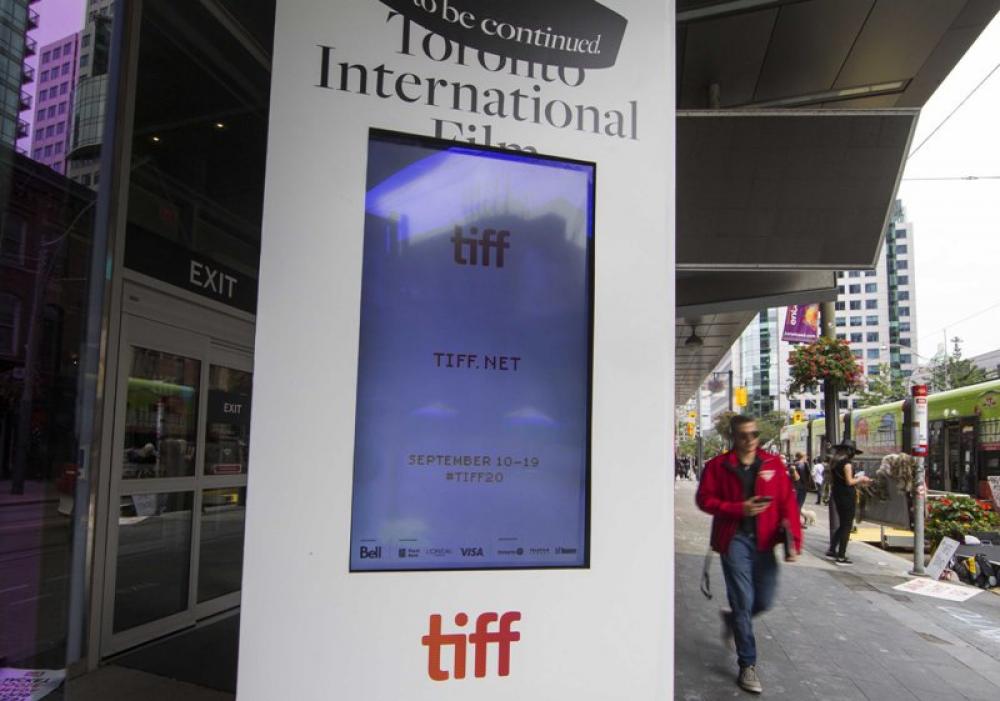 TIFF 2020 premieres 'Night of the Kings,' Enemies of the State,' 'Shiva Baby' & 'Fireball: Visitors from Darker Worlds' on Day 1

Written and directed by Côte d’Ivoire-based Philippe Lacôte, 'Night of the Kings,' a Contemporary World Cinema, presented in TIFF Bell Lightbox shows a young man incarcerated in a prison in Abidjan, Côte d’Ivoire’s largest prison, La MACA, ruled by Blackbeard, and finds himself entering a world a dangerous and complex world. 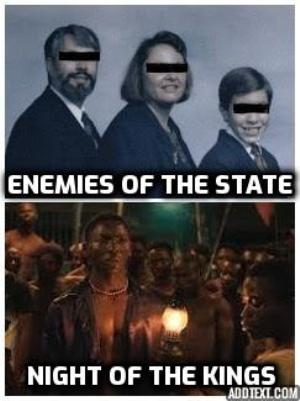 When Blackbeard  (Steve Tientcheu, seen at TIFF last year in Les Misérables) realizes that his power is waning, he designates MACA’s newcomer “Roman” and forces him (Koné Bakary) to recount a story until the sun rises if he wants to keep his life and the prison from falling into chaos.

Roman spins a story about Zama King, a notorious gang leader whose life spanned from ancient times to the fall of Ivorian president Laurent Gbagbo, and was filled with intrigue and magic.

With the rejection of all genre expectations, Lacôte's film flows between a prison drama and visual sequences depicting Roman’s elaborate tale.

The incorporation of song and dance (and a cameo by icon Denis Lavant), renders a mesmerizing meditating feature on the art of storytelling and its role in survival to 'Night of the Kings'.

Lacôte has directed short films, documentaries, and series, including Somnambule (96), Cairo Hours (03), Chronicles of War in the Ivory Coast (08), the TIFF selection To Repel Ghosts (13), and Run (14). Night of the Kings (20) is his latest film.

Directed by Sonia Kennebeck, executive produced by Errol Morris, and filmed in the USA, 'Enemies of the State' a TIFF Doc presented in TIFF Bell Lightbox as well as online at Bell Digital Cinema, relates the 2010 law enforcement raid of the Indiana home of 25-year-old Matt DeHart, a former Air National Guard member, and his parents.

The search warrant was for child pornography, which was denied by the DeHart family, who believe the FBI wanted DeHart’s computer drives because of his involvement with Anonymous and alleged ties to Wikileaks.

DeHart spent 21 months in prison, where he claims he was tortured, before being released on bond. He and his parents, Paul and Leann, then sought political asylum in Canada, where this story actually begins and gets more intrigued.

With a journalistic rigor to her reportage and with artistry to visual recreations, filmmaker Kennebeck previously covered government intimidation in her award-winning film National Bird, about drone whistleblowers.

Investigating for several years, Kennebeck and producer Ines Hofmann Kanna gained close access to the DeHarts, and the family’s attorneys and followers in journalism and academia. They also interview members of law enforcement.

The film unfolds like a mystery, with strange details drop one after another and keep you spellbound until the very end.

Born in Malacca, Malaysia, Kennebeck lives in New York City and received her Master’s in international studies from American University in Washington, DC. Eight television documentaries were directed by her and did over 50 investigative reports for German public television before becoming a filmmaker. Her feature documentary debut, National Bird (16), premiered at Berlin and later received the Ridenhour Documentary Film Prize and an Emmy nomination. Enemies of the State (20) is her latest documentary.

Directed and produced by Emma Seligman, executive produced by Rhianon Jones. Rachel Sennott and others 'Shiva Baby' presented online at Bell Digital Cinema, is a sharp-witted, hilarious, and maliciously affectionate comedy about tightly-knit families and communities, and the comfort and anguish they’re often responsible for. 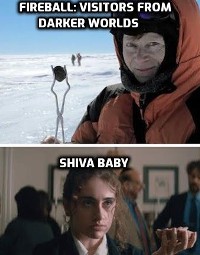 The story focuses on twentysomething Danielle (Rachel Sennott), a perennial student who’s been lying to her supportive parents about her faltering academic career and hiding from her parents her relationship with an older man, Max (Danny Deferrari), who also gives her money.

Expertly structuring the film, Seligman with her stellar ensemble cast, led by Sennott and including Polly Draper and Fred Melamed, presents Danielle as he stumbles from one potentially catastrophic encounter to another.

Being a jury member at TIFF’s Sprockets festival for kids when she was nine, Seligman was part of TIFF’s Next Wave Committee, and her short film Shiva Baby — the basis for this feature — screened at the TIFF Next Wave Film Festival in 2019.

Directed by Werner Herzog, and executive produced by Richard Melman, 'Fireball: Visitors from Darker Worlds,' a TIFF documentary film presented online on Bell Digital Cinema in which Herzog joins University of Cambridge professor Clive Oppenheimer and uncover new landscape stories through a globe-trotting exploration of meteors that fell to Earth, both ancient and recent, revealing connections between science, history, and mythology.

On camera, Oppenheimer interviews passionate and poetic specialists, many of them women from Mexico, India, South Korea, the US with expertise spanning astronomy, cave archaeology, and NASA’s Planetary Defense subverting stereotypes of scientists as socially awkward and predominantly male.

The film elaborates on ancient understandings of meteors in the traditions of Indigenous Australians, Mayan astronomers, and Papuan tribal elders.

The film also expands our imagination as Herzog and Oppenheimer seek to find a connection between the solar system and your soul.

Born in Munich, Herzog has written, produced, and directed more than 60 features, shorts, and documentaries since the 1960s. His films include the TIFF selections Bad Lieutenant: Port of Call New Orleans (09), Cave of Forgotten Dreams (10), Into the Abyss (11), Into the Inferno (16), Salt and Fire (16), Meeting Gorbachev (18), and Fireball: Visitors from Darker Worlds (20).

A professor of volcanology at the University of Cambridge, Oppenheimer's books include Volcanism and the Earth’s Atmosphere (03), Volcanic Degassing (03), Volcanoes (04), and Eruptions That Shook the World (11). He co-directed the film Into the Inferno (16) with Werner Herzog. Fireball: Visitors from Darker Worlds (20) is his latest documentary feature.

Continuing to work closely with the Province of Ontario, the City of Toronto, and public health officials on the safe execution of the Festival, TIFF's number-one priority is the health and well-being of both Festival filmgoers and the residents of the entire community.

An international leader in film culture, and a not-for-profit cultural organization with a mission to transform the way people see the world through film, TIFF projects include the annual Toronto International Film Festival in September; TIFF Bell Lightbox, which features five cinemas, learning and entertainment facilities; and innovative national distribution program Film Circuit.