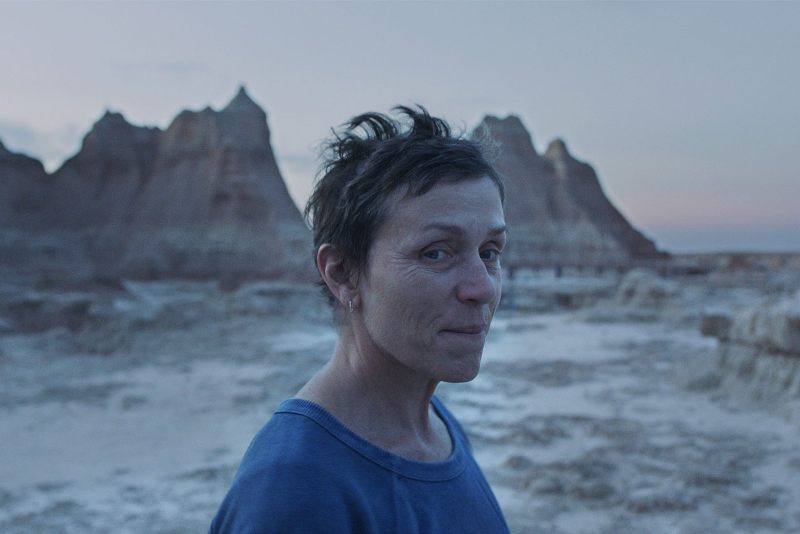 TIFF 2020 to premiere 'Nomadland' in partnership with Telluride Film Festival

The film will be premiered in the RBC Lakeside Drive-In at Ontario Place, TIFF reports said.

In her intimate portrayal of life as a modern-day nomad, Chloe presents Frances McDormand, the cast of the film as exploring the vast landscape of the American West.

In the first few images McDormand's portrayal as Fern establishes her as a strong-willed woman as she drives her old RV up and down the highways of America’s West, following the seasons and seasonal jobs.

During her exploration, she comes across a community of like-minded nomads and feels overjoyed but checks herself in forging bonds even when she keeps running into (David Strathairn), who looks like a perfect match.

Zhao seeks out characters living in the margins of society and shows the audience why these seeming outcasts define America, and movies, more than the big-screen protagonists we’re used to.

The presentation of Fern's laborious life to earn a living doing odd jobs, try and fail and try again to form relationships, against the background of vast expanses of desert and sky clearly makes the spectators feel that they are watching a portrait of America now.

Born in Beijing, Chloé received her BA in political science from Mount Holyoke College in Massachusetts, and her MFA in film production from NYU. Her films include the shorts The Atlas Mountains (08), Daughters (09), and Benachin (10), and the features Songs My Brothers Taught Me (15), which screened at TIFF Next Wave, and The Rider (17), which played the Festival. Nomadland (20) is her latest feature.