Toronto International Film Festival 2019 to begin on September 5; get your tickets now

Premieres at the 2019 Toronto International Film Festival include the feature-length documentaries Jordan River Anderson, The Messenger, the 53rd film by legendary Abenaki director Alanis Obomsawin, about how the short life of one child generated a momentous legacy for Indigenous children in Canada, as well as award-winning filmmaker Yung Chang’s This Is Not a Movie (TINAM Inc./Sutor Kolonko/NFB), which follows journalist Robert Fisk, who has reported first-hand on some of the world’s most violent and divisive conflicts for more than 40 years. 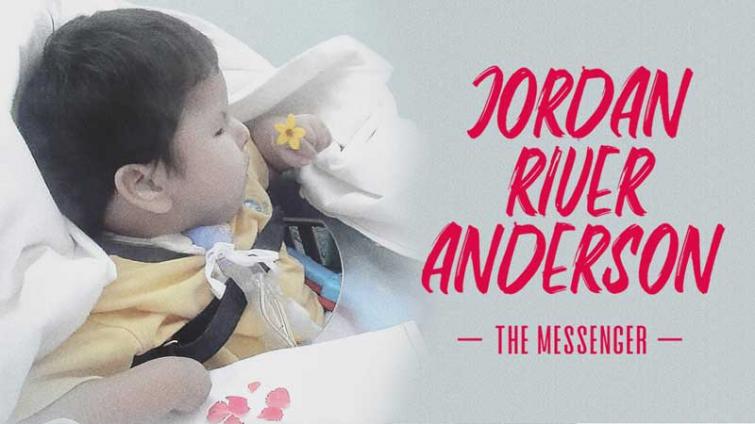 Three NFB short films also make their world premieres at TIFF: The Physics of Sorrow, a mesmerizing new animated work from Academy Award nominee Theodore Ushev (Blind Vaysha, 2016), inspired by the novel by Georgi Gospodinov; Now Is the Time, Christopher Auchter’s journey through history to explore the event that would signal the rebirth of the Haida spirit; as well as Highway to Heaven: A Mosaic in One Mile, Sandra Ignagni’s poetic look at an utterly unique place of multifaith worship on Canada’s Pacific Coast.

Jordan River Anderson never got to live at home like most kids. Born with a genetic muscular disorder, he spent his first years in a Winnipeg hospital, far from his home on the Norway House Cree Nation Reserve. When he finally got clearance to move into a family setting, a dispute between federal and provincial authorities over costs would prevent the move. He died—in hospital—before his sixth birthday.

His story inspired the creation of “Jordan’s Principle”: a child-first principle that aims to ensure that First Nations children get equitable access to government-funded services. But while Jordan’s Principle was passed into law, many Indigenous parents still faced obstacles. Tracing the parallels between the lives of Jordan and another Indigenous child, Noah Buffalo-Jackson, the film chronicles a long legal fight that culminates with a powerful victory for Indigenous kids, their families and communities.

Jordan River Anderson, The Messenger completes, on an optimistic note, Obomsawin’s seven-film cycle devoted to the rights of Indigenous children and peoples that began with The People of the Kattawapiskak River (2012).

For more than 40 years, Robert Fisk has reported on some of the most violent and divisive conflicts in the world. Yung Chang’s This Is Not a Movie captures Fisk in action—feet on the ground, notebook in hand, as he travels into landscapes devastated by war, ferreting out the facts and firing reports back home to reach an audience of millions. In his relentless pursuit of the facts, Fisk has attracted his share of controversy. But in an era of fake news, when journalists are dubbed “the enemies of the people,” Fisk’s resolve to document reality has become an obsessive war to speak the truth.

This Is Not a Movie is produced by Anita Lee (NFB), Allyson Luchak and Nelofer Pazira (TINAM Inc.), and Ingmar Trost (Sutor Kolonko).

Presented by Telefilm Canada and the Rogers Group of Funds, through the Theatrical Documentary Program in co-production with ZDF/Arte and VPRO, supported by Film- und Medienstiftung NRW with the participation of Doc Society Circle, RTS Radio Télévision Suisse, The Canadian Film or Video Tax Credit, Ontario Creates, and with the assistance of the Hot Docs Ted Rogers Fund.

This Is Not a Movie is distributed in Canada by Blue Ice Docs. 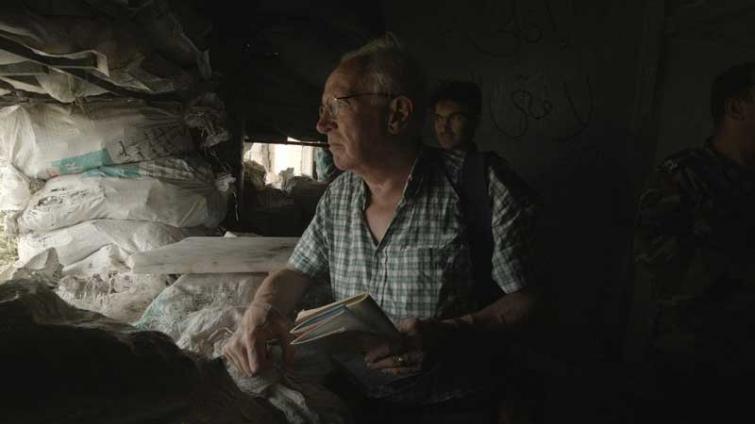 We are all immigrants. Some leave cities or countries, all of us leave our childhood. Like the minotaur of mythology, we roam through personal labyrinths, carrying nothing but a suitcase of memories, a portable time capsule filled with assorted mementoes from a past we can no longer reach.

The first fully animated film made using the encaustic-painting technique, Theodore Ushev’s The Physics of Sorrow was inspired by the novel by Bulgarian writer Georgi Gospodinov, which tracks the outlines of an unknown man’s life as he sifts through memories of his youth in Bulgaria through to his increasingly rootless and melancholic adulthood in Canada—all the while struggling to find home, family and self.

TIFF is presenting the English-language version of The Physics of Sorrow, narrated by Rossif Sutherland, with a special guest-voice appearance by Donald Sutherland.

The film is directed and animated by Theodore Ushev, creator of more than 10 acclaimed films at the NFB including Blind Vaysha, nominated at the 89th Academy Awards.

The Physics of Sorrow is produced by Marc Bertrand and executive produced by Julie Roy for the NFB’s French Program Animation Studio.

When internationally renowned Haida carver Robert Davidson was only 22 years old, he carved the first new totem pole on British Columbia’s Haida Gwaii in almost a century. On the 50th anniversary of the pole’s raising, Haida filmmaker Christopher Auchter steps easily through history to revisit that day in August 1969, when the entire village of Old Massett gathered to celebrate the event that would signal the rebirth of the Haida spirit.

Resplendent with animation, emotional interviews, and original footage shot by what was then known as the NFB’s Indian Film Crew, Now Is the Time captures three generations of Eagle and Raven clan working together to raise the pole in the old way, inching it higher and higher, until it stands proud and strong against the clear blue sky.

Auchter made his directorial debut in 2017 with the NFB animated short The Mountain of SGaana, named Best Animated Film or Series for Young Audiences – Ages 6–12 at the Ottawa International Animation Festival.

Now Is the Time is produced by Selwyn Jacob and executive produced by Shirley Vercruysse, with Teri Snelgrove as associate producer, for the NFB’s BC and Yukon Studio.

Highway to Heaven: A Mosaic in One Mile (17 min.), Short Cuts program:

A place utterly unique in British Columbia and the world, Richmond’s No. 5 Road, also known as the “Highway to Heaven,” hosts a multitude of faiths. Side by side are numerous houses of worship, including Buddhist temples, a Sikh gurdwara, Hindu and Swami temples, Shia and Sunni mosques, Christian churches, and Jewish, Islamic and Christian schools.

In Highway to Heaven, Sandra Ignagni merges beautiful, carefully framed images with a symphonic soundscape that illuminates the intimate lives of the faithful—in an evocative documentary that is both a meditation on multiculturalism and a subtle critique of the tensions that underlie cultural diversity in Canada today.

Ignagni’s previous films have been screened at festivals around the world, with her short Ranger garnering the Matrix Award for Outstanding Achievement at the 2017 Vancouver International Women in Film Festival.

Highway to Heaven is produced and executive produced by Shirley Vercruysse, with Teri Snelgrove as associate producer, for the NFB’s BC and Yukon Studio.

NFB producers are embedded in communities across the country, from St. John’s to Vancouver, working with talented creators on innovative and socially relevant projects.

The NFB is a leader in gender equity in film and digital media production, and is working to strengthen Indigenous-led production, guided by the recommendations of Canada’s Truth and Reconciliation Commission.

NFB productions have won over 7,000 awards, including 24 Canadian Screen Awards, 21 Webbys, 12 Oscars and more than 100 Genies.