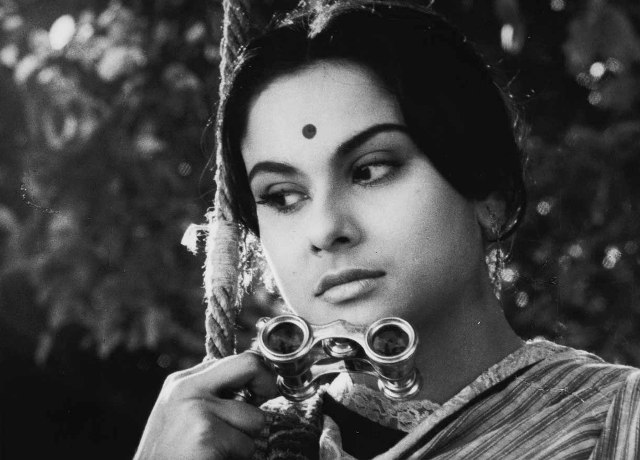 "Perhaps this is inevitable with the passage of time. You can't rewind to those ages when people were more open-minded and relations were less complicated," Madhabi  tells IBNS at the P C Chandra Tribute programme where she was the Guest of Honour along with thespian Soumitra Chatterjee.

"It was the time when you had film makers like Manikda (Ray), Tapan Sinha and Ritwik Ghatak. You could learn so much from them and others. Manikda had moulded my acting," the Charulata (1964) actor recalls pointing out she had literally followed Ray's acting briefs in Charulata shoots and got set for a bigger innings in Bengali film industry.

The 74-year old feels the patience and perseverance is lacking among the present generation mostly and they were not to be faulted as they have to deliver in real quick time.

"While I have seen and liked many of Srijit's, Kaushik's works, I have also liked Shiboprosad-Nandita's films. Eager to watch Praktan," she says.

While Madhabi was felicitated as the guest of honour, veteran actors of yesteryears, now in dire straits, including 'Sagina Mahato' actor Kalyan Chatterjee, Kolkata 71 actor Nemai Ghosh and living female impersonator Chapal Bhadury were given tribute and pledged financial support by the organisers who hosted the show in association with Eastern India Cinetel Welfare Trust.