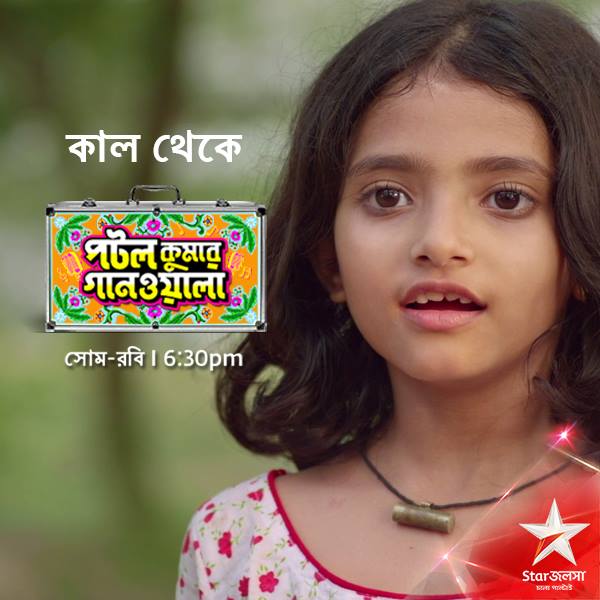 'Potol Kumar Gaanwala' charts the journey of a little girl Poteshwari, who is precociously talented with a golden voice, has similarities with the tale of Hansoraj and is the first musical fictional TV serial, its creative director Sahana told IBNS on location.

"It portrays how the girl wins the heart of her recalcitrant family members who are not comfortable with the idea of she making a career from singing as she grows up along life's path. Potol Kumar Gaanwala is an out and out musical with all genres of music, including folk, classical, semi-classical bengali, as well as popular Hindi numbers thrown in," the music director Upali said.

"We are banking on a rich repertoire of different musical disciplines with noted classicists like Abdul Karim Khan Saheb's renditions also included. Altogether 45 musicians worked in the serial, which is an all time record for any Bengali soap here," Upali said.

From Sarengi, to Rabab, sitar, esraj, flute, tanpura - several unconventional musical instruments have been used to bring out a multi-pronged acoustics effect in every episode, she said.

"Music is almost like another character in the show as it will form the backbone around which the narrative will be weaved. From the soulful country tunes to the commercial movie songs to ever enchanting baul, a large array of created and curated music will be used in episodes," said Upali.

Set in the backdrop of a rural neighbourhood, complete with thatched huts, a local Shiva temple and cattle-shed, and dusty village alleys - all built in the heart of Tollygunje - Potol Kumar Gaanwala will invoke the 70s-80s Bengali cinema flavour.

Executive Producer Shubhangi said, "We have no intention of stretching the serial beyond permissible limits. The story matters to us the most and not the length."

Actor Saheb Chatterjee has lent voice in the serial and mesmerised both the production and the viewers.

Produced by Shree Venkatesh Films, the serial will be telecast on Star Jalsha from Dec 14 - Monday to Sunday at 6:30 pm.