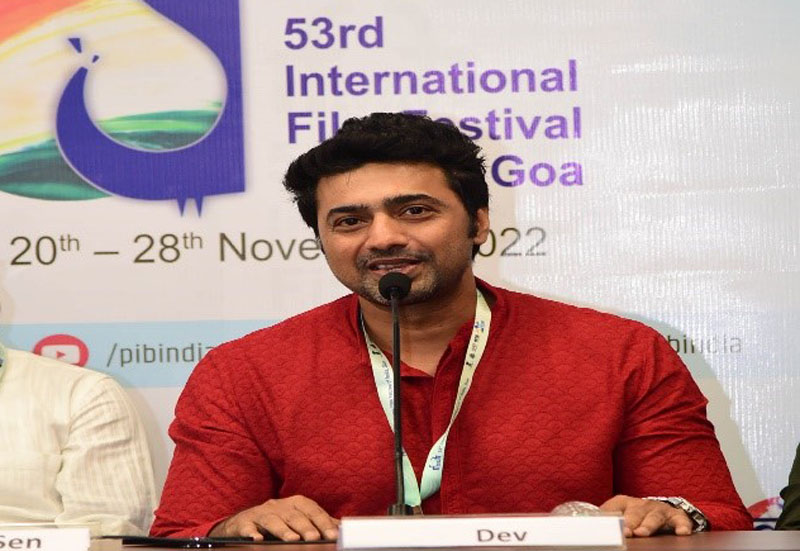 ‘Tonic’ is a film that pledges support for senior citizens to live their dreams: Director Avijit Sen and Actor Dev say at IFFI

Panaji: An authoritative and over-possessive son who tries to impose restrictions on his senior citizen father, thinking that what he is doing is best for his father.

A father who wants to fulfill his unfulfilled dreams for which he needs a tonic, that is, a medicine for support to lead a happy life. ‘If you have tonic in life, you can conquer the world’ is what the senior citizen father says.

In the Bengali feature film ‘Tonic’ which was screened in 53rd International Film Festival of India (IFFI)’s Indian Panaroma section, the protagonist is symbolically named ‘Tonic’ as he provides support and confidence to the senior citizen for enjoying life as he wanted.

Addressing an IFFI Table Talks session in Goa today, former FTII academic in-charge, SRFTI graduate and Director Avijit Sen said that the fundamental theme of the film is that every person needs a support system to lead a happy life; and he wanted to give a catchy title which reveals the theme in no uncertain terms. Hence, he chose the name ‘Tonic’.

The protagonist Tonic has been portrayed by actor Dev who also joined the IFFI Table Talks interaction. Dev feels that it is a film on human relationships. “The film is a manifestation of today’s generation who are an over-protective and over-concerned generation who overlook their parents’ desires, dreams and wishes.”

The ‘Tonic’ team said that they feel lucky to be showcasing their film in IFFI as films of many stalwarts are showcased in this platform.