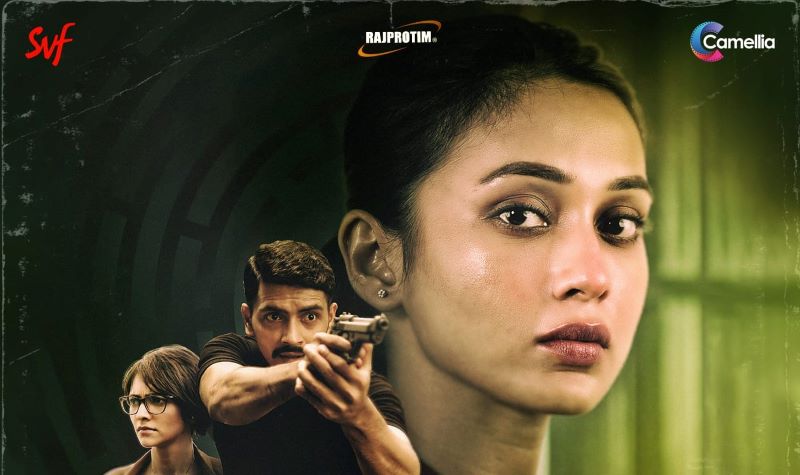 The film, which is directed by veteran filmmaker Arindam Sil, is produced under the banner of SVF, Camellia Production and Rajprotim Ventures.

Apart from Mimi and Arjun, the first look also features young actor Sushmita Chatterjee, the other lead in the film which is slated for Dec 2 release.

Khela Jawkhon, which marks the return of popular on-screen pair Mimi and Arjun, follows around a horrific accident that led Urmi (Mimi Chakraborty) to take some drastic steps in search of her identity.