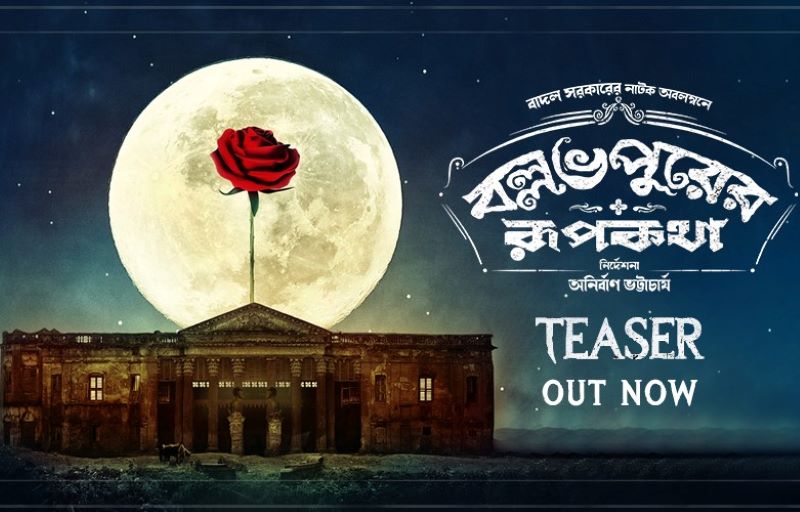 The short teaser, sees the frame of mind elevating it to the status of a proper and profitable subgenre, with its own unique tropes and cinematic language surrounding the haunted house aesthetic in the frames and the voice behind the narration carefully controlling the tension in the air which is a total add on.

The camera also picks up a strange number of odd vibrations and apparitions around the house that leaves much of an impression.

Ballabhpurer Roopkotha is written by Anirban Bhattacharya himself along with his closest professional ally- Prateek Dutta, the cinematography will be led by Soumik Halder- one of the best cinematographers' that contemporary Bengali film industry has seen.

The film is based on Badal Sarkar’s very popular drama piece Ballabhpurer Roopkotha.

Excited about bringing the film to the audience, Anirban Bhattacharya said, "I have always been extremely fond of horror - comedies since childhood. Bengali movies that parallelly experimented with horror yet satire is quite less.

"Ballabhpurer Roopkotha will surprise the audience in every little nook and I want to keep it as blithe and effervescent as possible. Really hopeful to start off my first feature film as a director with SVF, extremely looking forward to it."

The film is releasing in Kali Puja this year.