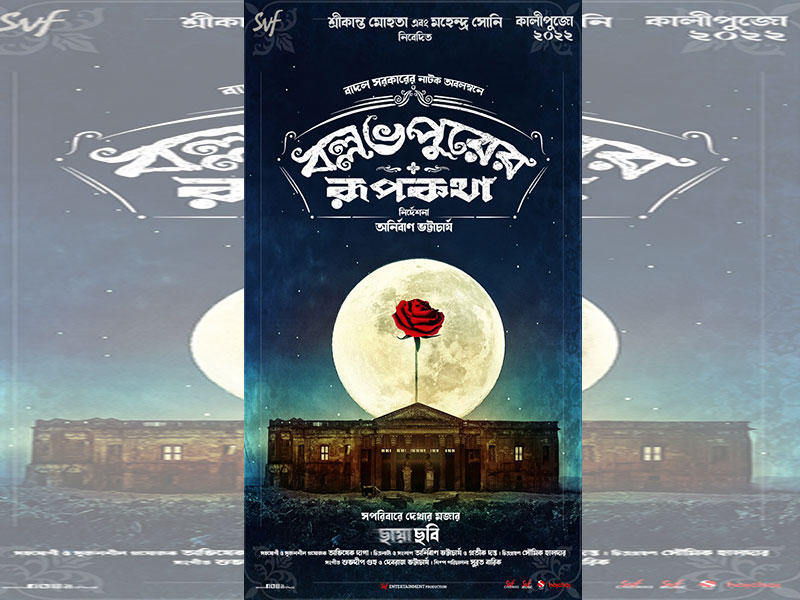 SVF and actor-turned director Anirban Bhattacharya revealed the first look poster  of their much-awaited horror-satire film giving a sneak-peek into the thread of Ballabhpurer Roopkotha Thursday.

The first look depicts the crux of the film.

It seems the story of the almost crumbling ancestral Rajbari of Ballabhpur revolves around the eccentric story where emerges an aesthetically pleasing red rose flower that adds a gothic yet gorgeous element to the venue nurturing the suspense.

Ballabhpurer Roopkotha, which will be produced by SVF, is Anirban Bhattacharya’s first feature film directorial debut, who earned appreciation for donning the director’s hat for his web series Mandaar.

The film is based on Badal Sarkar’s very popular drama piece Ballabhpurer Roopkotha and is slated to release during Kali Puja 2022.