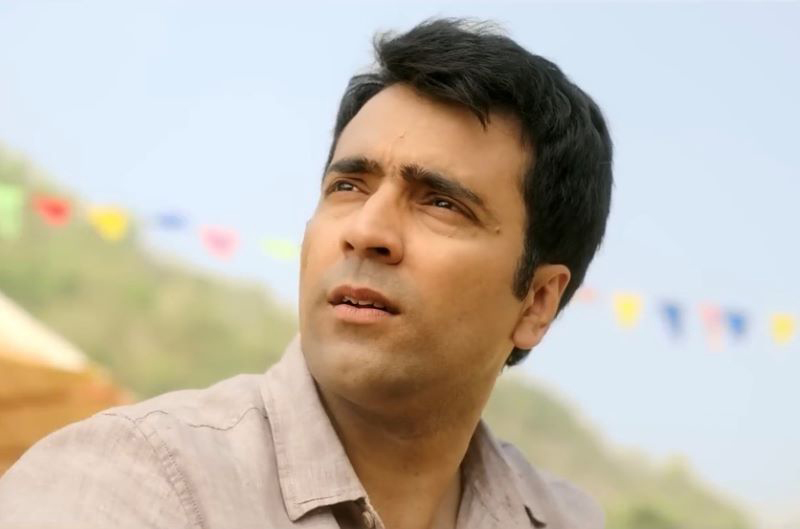 Kolkata/IBNS: The trailer of much awaited upcoming Bengali film Karnasubarner Guptodhon, which is directed by Dhrubo Banerjee, was unveiled by SVF Sunday.

The trailer, which spans 1:44 minutes, captures Sona-da's quest to unearth one of the biggest treasures in Bengal's history.

Sona-da, who is essayed by popular Indian actor Abir Chatterjee, is accompanied by his two allies Abir (Arjun Chakrabarty) and Jhinuk (Ishaa Saha).

(From L to R) Ishaa Saha and arjun Chakrabarty in the trailer | Image Credit: Screenshot grab from video

The trailer follows with a car falling off a cliff, unknown if that very car had the trio enjoying their vacation or not, which afterwards turns into a dangerous quest for the greatest treasure of Bengal.

As Sona Da will try to unlock every clue, his wit and mind will constantly get challenged, while his loved ones will be put on parole and his entire adventure will be under a web of threats until Sona Da unearths one of the greatest treasures that Bengal has ever known, the phenomenal treasure of the very genesis of Bengal, the treasure of King Shashank of the kingdom of Gour.

After the trailer launch, Abir said, "The interesting point is that Sona Da is an original creation, not from existing literature. Every Bengali household has a Sona-da, a character which is relatable.

"The film experiments and showcases what every Bengali loves – mystery and adventure coupled with a treasure hunt that takes one through the beautiful journey of Bengal's past."

Apart from the three, the film also stars Saurav Das in a key role.

Talking about the film, Banerjee says, "Directing Karnasubarner Guptodhon felt like a re-union with my old teammates with whom I had started the journey of making films.

"With the third film of the Guptodhon franchise, I really hope the audience to shower their love and appreciation again! There will be a combination of action and grey matter, along with nuances of Bengali culture."