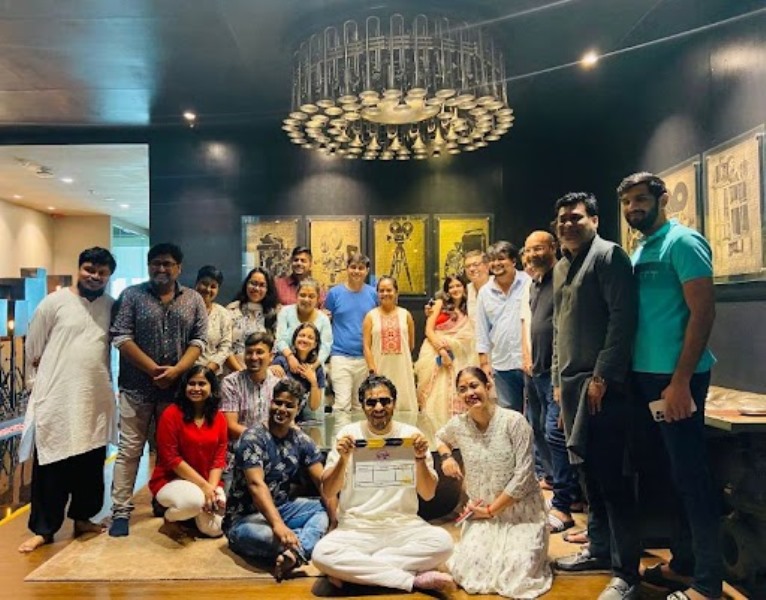 Kolkata/IBNS: SVF has brought Rahool Mukherjee on board for a romantic drama titled 'Dilkhush'.

The film's mahurat took place recently in presence of the director Rahool Mukherjee and the ensemble cast.

Unlike other love stories, Dilkhush is a sublime tale of eight people where love is seen as an instinct making an unabashed declaration of eternal love to an unseen soul mate with the help of Artificial Intelligence, which is immediately disarming.

Amid the heavy city societal norms, the story springs up twists and turns in every corner.

Elucidating about the new venture, Rahool Mukherjee, Director, said "Dilkhush is nothing but the tales of our lives that we visualize everyday, everywhere. It is a story of eight different people from different classes but joined in a common thread of melancholy. In this story with the help of Artificial Intelligence they'll find the love of their live which makes them extraordinary."

"But in every fairy tale with the good comes the grin, one bears. But as the name of the film suggests it will leave an aftertaste of sweetness that love prevails in the heart and minds of the audiences," said Mukherjee.

The film is scheduled to go on the floor from June 30.