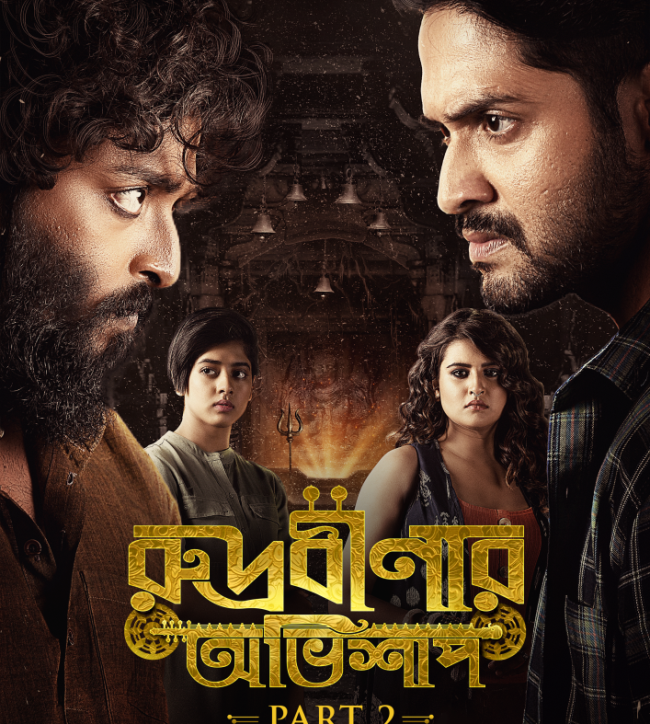 Kolkata/IBNS: After two illustrious predecessors, Rudrabinar Obhishaap is finally back with its new season on hoichoi. This time with more adventure, emotions and of course, music.

Alap and Shruti’s journey continues in this one, while also exploring the complexities of Alap and Naad’s rivalry, joined by Saaz.

This season is all set to be a fun ride and it also culminates the storyline of the new franchise of Alap-Shruti after Tansener Tanpura.

Directed by Joydeep Mukherjee and starring Vikram Chatterjee, Rupsa Chatterjee, Saurav Das and Ditipriya Roy in lead roles, Rudrabinar Obhishaap is a story of how the threat continues to grow on the musicians of Anandagarh, and their animosity with Rudrapur and its residents; while the quest to search for and save Alap’s mother Rohini continues.

Alap and Shruti’s adventure takes a new turn, as Naad undergoes a soul change and we see a different side to him.

This season explores the effect this shift has on the relationship between Alap and Naad.

A new series of clues that the duo finds and the final showdown between Alap and Naad becomes the highlight of this season.

The trailer was dropped on June 20 on all of hoichoi’s socials to the utmost joy of their audience who had been eagerly waiting for the series’ return as the 1st Part was released in December 2021.

The trailer gives us a glimpse into the world of Rudrabinar Obhishaap, traversing through the lives of the lead characters and bringing to the forefront, a rivalry like never before – between Alap and Naad, a rivalry of music and more.

The classical music background score and songs, which dominates the franchise of Alan-Shruti, starting off with Tansener Tanpura Parts 1 & 2, followed by Rudrabinar Obhishaap Parts 1 & 2, have been masterminded and created by Joy Sarkar, who has also won accolades and critical appreciation for his soundtrack for these 2 series of hoichoi.

Talking about this upcoming season Vikram Chatterjee said, “I’m super excited to once again come on screen as Alap and bring to the audiences Rudrabinar Obhishaap Part 2, this time with new adventures, experiences and music of-course! This season was particularly exciting to work on as the audience’s love had definitely pumped us up to give our best and bring to them another chapter of Alap and Shruti.”

Adding to this Joydeep Mukherjee said, “The best reward for a creator is when its audience loves their content and, in this case, the anticipation, excitement and eagerness for Rudrabinar Obhishaap’s second season have seriously been overwhelming in the best way possible. This has also motivated the entire team to work extra hard and deliver their best. Honestly, I'm as excited as the audience is, for the new season.”