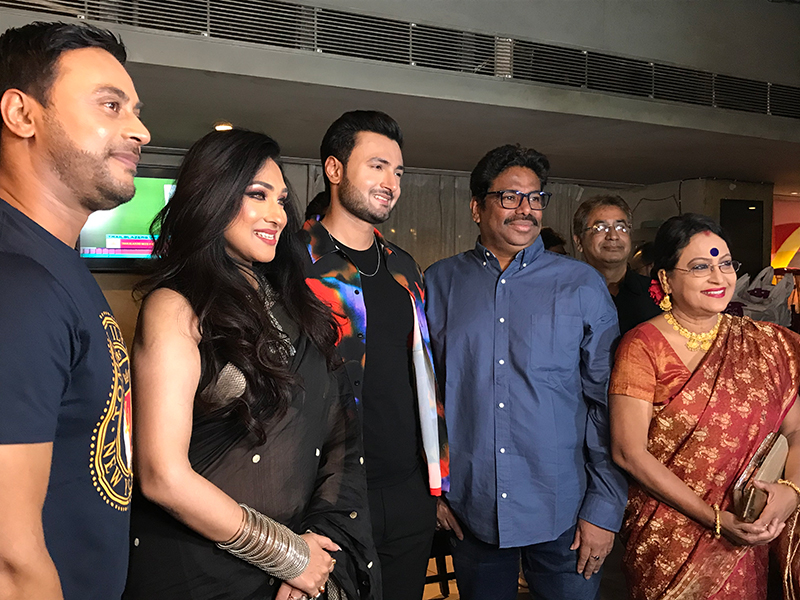 The film is directed by Kabir Lal, who is known for films like Taal and Pardes.

Antardrishti, which is a revenge thriller, features Sengupta in a double role with one losing eyesight.

The film is shot in four languages, Bengali, Marathi, Tamil and Kannada with Sengupta playing the lead in the Bengali version.

Speaking on the film, the senior Tollywood actor said, "I always try to feature in different kinds of films. After Belashuru, this is a completely different film."

"I think this film is an achievement as well as a risk as someone coming from outside the state has done a Bengali film. I have helped Kabir Lal on the sets as he doesn't know the language," she added.

Along with Sengupta, the two other actors present in the lead are Sean Banerjee and Indrajit Chakraborty.

The release date of the film is yet to be announced but won't be too late, Sengupta said.