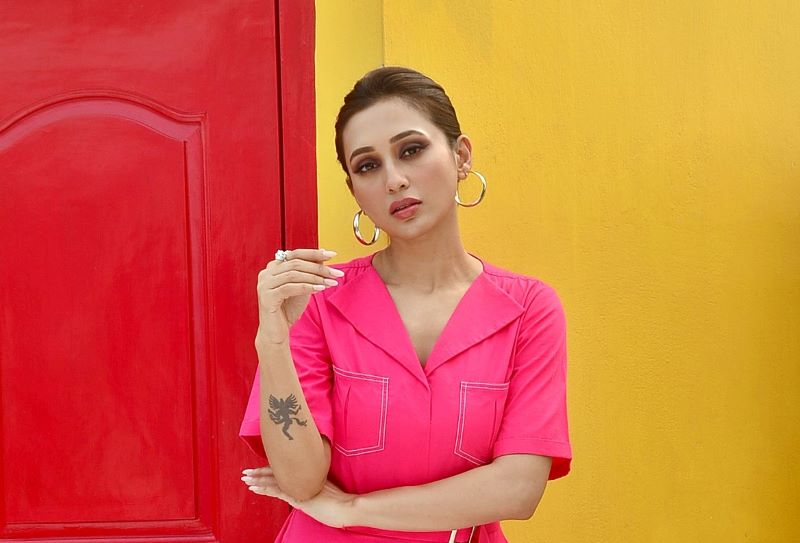 Mumbai never intrigued me, working there was just a bigger exposure: Mimi Chakraborty

Kolkata/IBNS: Tollywood's leading actor-MP Mimi Chakraborty was recently in Mumbai to mark her Bollywood debut after cementing her place in the Bengali film industry over the last decade.

But how was her outing in Mumbai?

Speaking exclusively to India Blooms, Chakraborty shares, "Mumbai has never intrigued me. I was offered films in Mumbai earlier also but I couldn't manage going there due to some reasons. As I waited for the script, I thought it was the right time to go there and I did.

"The working experience was also amazing. At the same time, Mumbai is just a bigger exposure, probably it's national. But as an MP also, I have got national exposure, so that didn't intrigue me anymore. However, working on a good project always gives me joy irrespective of languages."

As per reports, Chakraborty has finished shooting for the Hindi remake of her popular Bengali film Posto, titled Shastry Virudh.

It is obvious Mumbai gives a bigger approach but will Chakraborty move there permanently bidding farewell to the state from which she is a Lok Sabha MP?

In a cut-throat response, the Jadavpur MP tells us, "I am very ambitious in my life, so I always think of expansion (laughs). I always believe in breaking my own boundaries and walls and making new benchmarks in life."