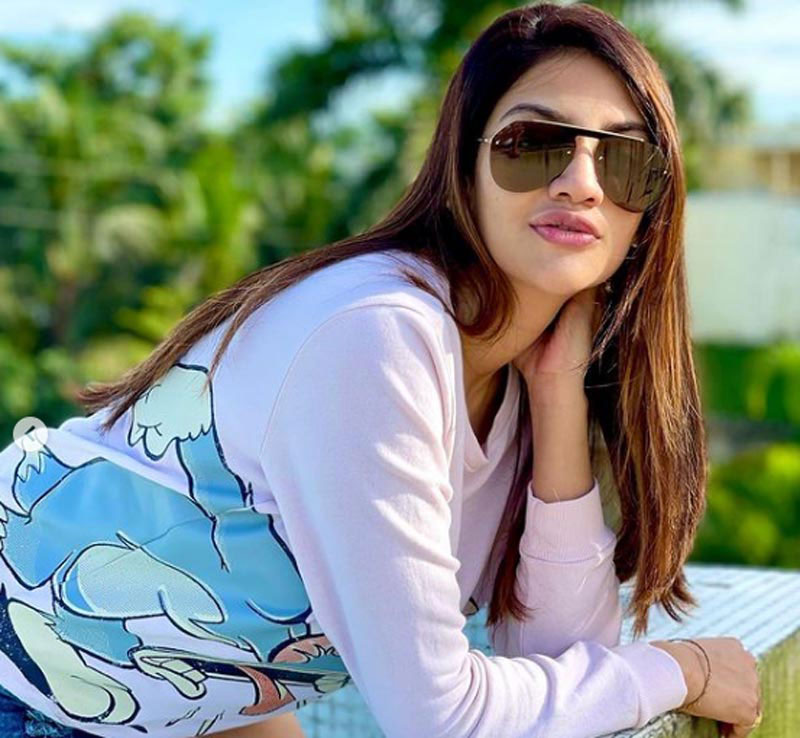 The images surely helped her fans remove their Monday blues.

Nusrat captioned the image: "In the right feel."

Apart from being an actress, Nusrat is also a TMC MP.

She won the Lok Sabha polls from Basirhat seat in 2019.

Nusrat Jahan made her debut in Raj Chakraborty's Shotru.

She then appeared in the film Khoka 420, under the banner Eskay Movies.

Her other notable films include Khiladi, with Ankush Hazra, Sondhe Namar Agey, with Rahul Bose and Power, with Jeet under the banner of Shree Venkatesh Films.