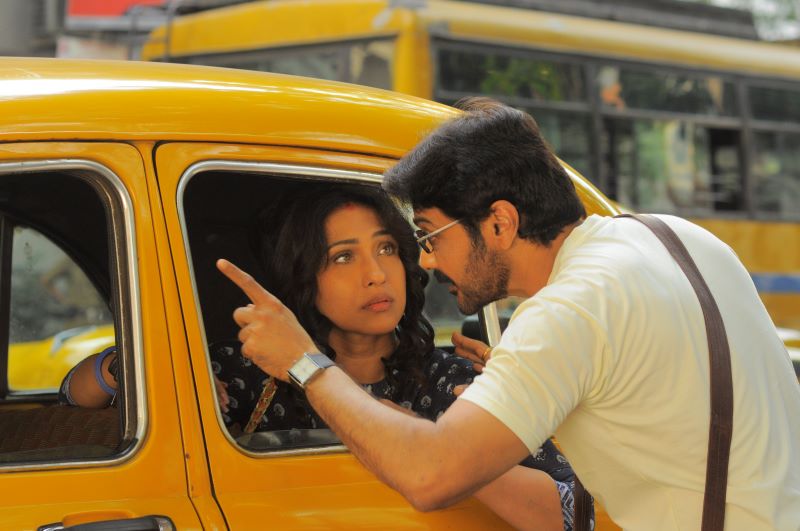 Praktan
Rituparna Sengupta and Prosenjit Chatterjee in a scene from Praktan

On May 27, the film, which was well received by the audience, completed five years and that was reason enough for the director-producer duo to share three lesser-known facts about the blockbuster.

Arpita Chatterjee was in the original cast

Not many know that the initial casting of the film was different. When the project was about to roll, the directors had approached Arpita Chatterjee, along with Prosenjit and Rituparna. But as the characters were etched out and developed further, the director duo realised that Aparajita Adhya would fit the character of Malini, wife of Ujaan (Prosenjit), the effervescent motormouth homemaker better.

The directors then shared their thoughts with Arpita, who agreed with them. Aparajita Adhya was cast as Malini aka Molly and not only did she play the part like a second skin, she was the perfect foil to Rituparna’s Sudipa, who believed in living in the moment. (From L to R) Prosenjit Chatterjee, Nandita Roy and Rituparna Sengupta during shooting

The love ballad, Tumi Jake Bhalobasho, that earned Iman Chakraborty the National Award for best female playback, landed in the singer’s lap by a stroke of luck. Since the song was going to mark the debut of a female voice, as suggested by composer Anupam Roy, two singers recorded Tumi Jake Bhalobasho. Anupam had sent both the recordings to the directors without telling them the names of the artists.

After listening to both the recordings, Roy and Mukherjee chose one of the voices. It happened to be Iman’s. The rest, as they say, is history. Till date, the directors do not know who the other singer was.

The characters that Prosenjit and Rituparna played on screen, were inspired by a real-life couple -- Ritwick Chakraborty and his wife, Madhura. Ritwick is a popular tour guide, who is employed with Calcutta Walks. For better understanding of the character, Prosenjit Chatterjee had participated in a guided tour of Kolkata with Ritwick under Calcutta Walks.

Prosenjit picked up the nuances of the character from Ritwick --- the way he would speak, sport a sling bag, what he would say, the stories he shared with the tourists visiting the city et al. This research helped him render a touch of reality to the character of Ujaan, and he eventually owned it.