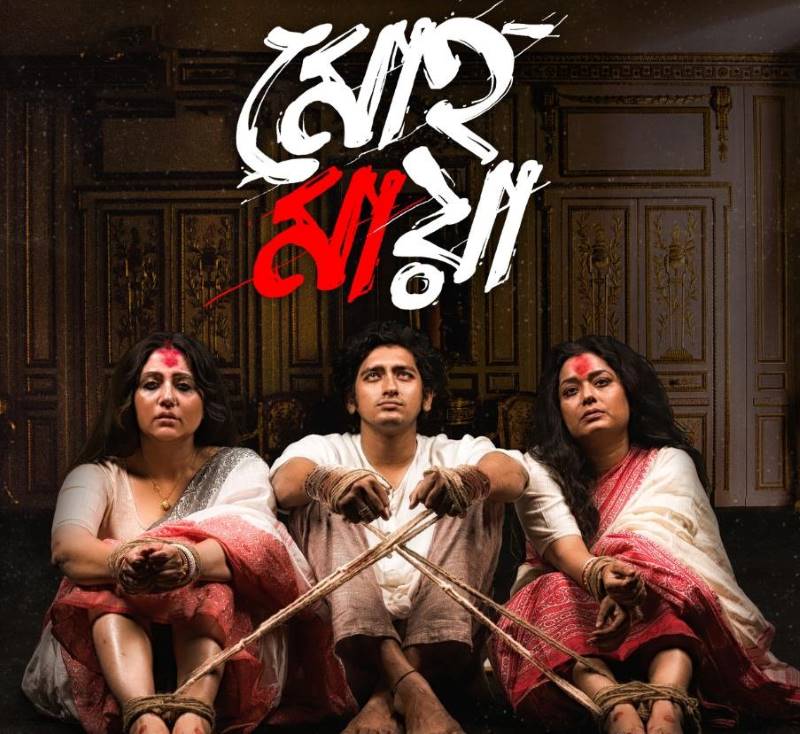 The teaser draws audiences into the story, leaving them with much anticipation.

Throughout the little glimpses of Swastika, Ananya and Bipul, one tries to connect the dots of the story only to be consumed by its illusion.

Excited about her sixth project with Hoichoi, Swastika said, “With every project, I want to give something different to my audiences. Mohomaya is one such project that I am very eager for people to watch. The beauty of releasing content on hoichoi is, it reaches a vast number of audiences from across the globe which for an artist is a big boon.”

Mohomaya is the first web series of Ananya Chatterjee, who exclaimed, "I was instantly drawn to the story from the moment I heard it. As an actor, it has been extremely fulfilling playing the part. From having done films and television, I am extremely thrilled to be trying my hands in the web-space with a series like Mohomaya that releases on a platform like hoichoi.”

She stated, "Mohomaya is a passion project that I’ve been working on for quite some time with my Production House, ‘Missing Screw’, and the co-producer of the show - Rohit Samanta. Having worked with hoichoi on earlier projects and to associate with them once again with my first production is very exciting. I am overwhelmed by the response the teaser has gotten so far, here’s hoping that the poster and the series gets even more love and appreciation.”

With Mohomaya, director Kamaleswar Mukherjee will mark his digital debut, adding to which he said, "What better platform to begin this journey than hoichoi. I assure you audiences are going to love the story of Mohomaya, and more so, be stunned by the performances of Swastika, Ananya and even Bipul.”

Mohomaya is slated to stream on Hoichoi from the Mar 26.