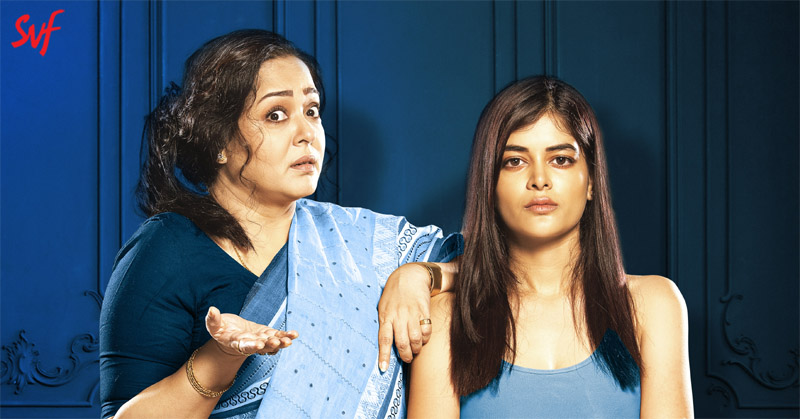 Kolkata: In the joyous occasion of Christmas and New year, SVF has pent-up excitement to a whole new level by delivering its much-awaited quirky drama “Cheeni” to the audience today.

A quirky drama with hints of comedy in it, Cheeni tells the story of a mother and daughter who have a complicated love-hate relationship.

Not only does the film comes in a complete package of entertainment but also promises to be the perfect family watch during Christmas.

Produced by SVF, Cheeni vows to touch people’s heart through its emotional and relevant context. A quintessential Bengali mother and a typical modern daughter, as revealed in the trailer, promises to steal the hearts of all the Bengali families who face similar sweet-bitter turmoil in relationship every day.

Besides, Mainak Bhaumik’s faultless directorial skills combined with Aparajita Adhya’s effortless acting are somethings that cannot be doubted. Madhumita and Saurav Das emerges in their best avatars, which make the film all the more stirring. With its various emotional and comic elements, Cheeni poses itself to be a content that won’t let you down.

The film has already received overwhelming responses from the audience after the release of its trailer and songs earlier this month.

Three of the most powerful faces of Bengali film industry including Aparajita Adhya, Madhumita and Saurav Das are seen playing the main characters along with a stellar subordinate cast.

Excited to have his film released today, Director Mainak Bhaumik said, “Cheeni is a simple story that showcases the different bitter-sweet moments between a mother and daughter. It is a film that encompasses all the elements of human emotions- be it love, anger or humor.  The goal was to make a light-hearted film that people would relate to. It is always a pleasure to work with Aparajita Adhya as she flawlessly fits in every role. Madhumita and Saurav have done very good job with their characters. I hope the film is liked and enjoyed by the audience.”

Positive about the release, Co-founder and Director of SVF, Mahendra Soni went on to say: “This difficult year have had enough impact on our lives. It’s time to bring back positivity and what could be a better start than watching a good film that will touch people’s heart! Cheeni is a very special production of SVF and thus we are highly optimistic. When it comes to Mainak Bhaumik’s films, the audience expects the best.”