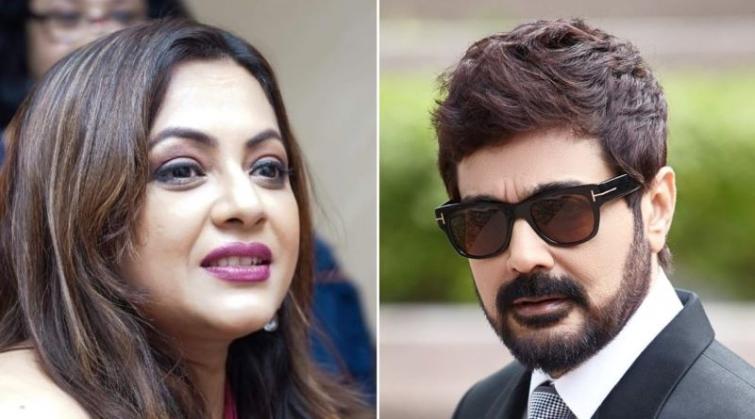 Kolkata/IBNS: In the wake of the nepotism debate triggered by the suicide of actor Sushant Singh Rajput, Bengali actor Sreelekha Mitra has recently accused Tollywood superstar Prosenjit Chatterjee of indulging in "favouritism" in the film industry.

On her YouTube channel, Sreelekha said the industry at one point of time was run by only Prosenjit whose onscreen love interest was always Rituparna Sengupta.

"Bumba da used to control the industry. All filmmakers used to pacify him. Rituparna used to come late on the shooting floor day after day, but all used to wait for her. While Rituparna was selected for all films, we used to prove our punctuality," she said in a direct attack on once-a-popular onscreen pair Prosenjit-Rituparna.

Prosenjit has not yet reacted to the allegations levelled by Sreelekha.

Further in the video, which went viral on social media, Sreelekha recounted her experience during the shooting of Bengali film 'Sagar Banya' when she had met with an accident.

She alleged Prosenjit didn't even pay a courtesy visit to her while she was admitted to a hospital.

"We were going to Digha for the shooting of the film 'Sagar Banya'. Prosenjit Chatterjee and Indrani Haldar were there in the film. We had met with an accident. I was admitted to a hospital in Digha. The director had come to meet me in the hospital. But Prosenjit Chatterjee didn't come," she said.

Sreelekha has also alleged that she was dumped from a film as Prosenjit had felt she "would not earn money for the film".

However, the actor claimed she was inducted to the film later.

Reacting to the explosive video, Rituparna told a news channel that she was hurt by Sreelekha's comment and added that she had not acted with Prosenjit from 2001 to 2015.

Actor Swastika Mukherjee wrote a long post on Facebook to counter Sreelekha's allegations "logically". She questioned why only female actors were accused of compromising for a role in films but not the male ones.

The social media was stormed with posts calling for a boycott of films made by the "nepotism-supporter" filmmakers or actors.