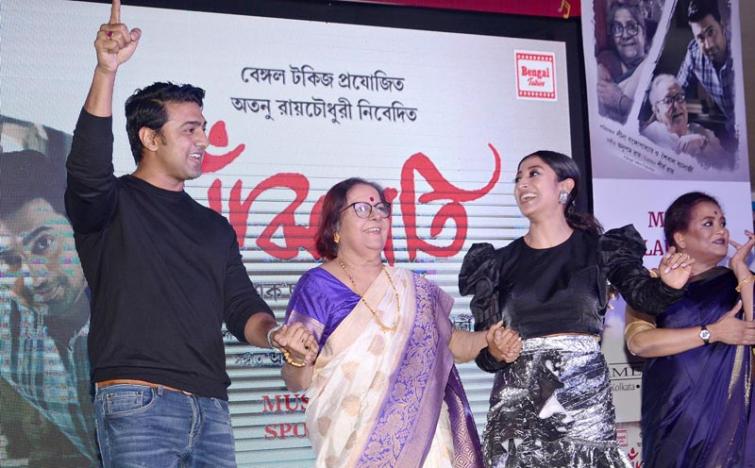 The star-cast, singers and composers of the movie including Lily Chakrabarty, Dev, Paoli Dam and director duo, Leena Gangopadhyay and Saibal Banerjee, attended the Music Launch ceremony at Acropolis Mall.

Tollywood music sensations like Anupam Roy and Anwesha performed live on the occasion and crooned the songs from Sanjhbati, unveiling them to a massive audience, even before it creates ripples in the social platforms. 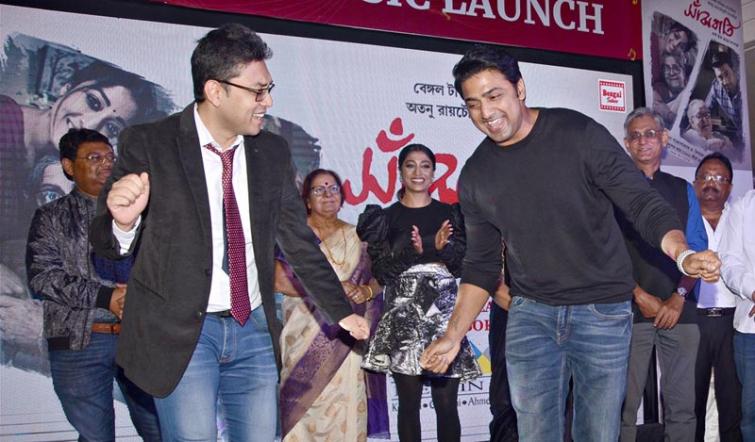 With the big response received for the song ‘Bishorjon’ that was launched right ahead of Durga Puja this year, Anupam Roy continued to regale with the songs “Khoma Koro” and “Kagojer Bari”. Anwesha with her mellifluous voice sang the song “Kagojer Bari” for the movie. Hundreds flocked together at Acropolis and cheered with the entire cast as both Anupam and Anwesha performed the songs live on stage. 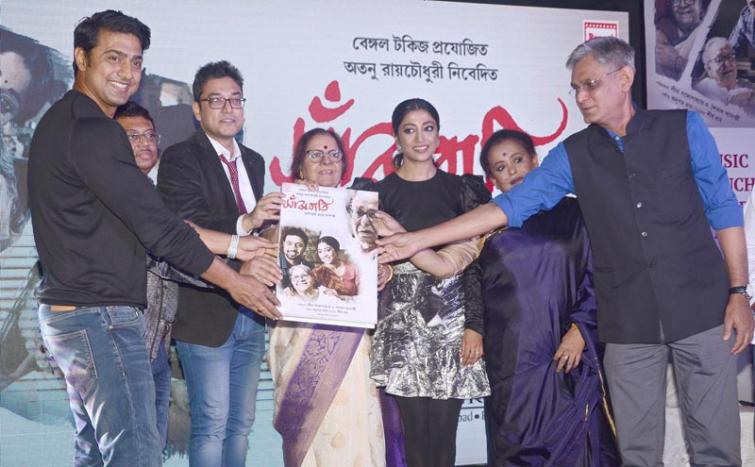 “Sanjhbati is a tale of love and companionship that is unique in its own way and it will be an experience that is probably very close to our hearts. All the songs have been composed by Anupam Roy with utmost care and goes well with the story. The positive feedback that we have received so far from the songs is indeed encouraging”, said  Atanu Raychaudhuri and Pranab Kumar Guha on behalf of Bengal Talkies.

The music of Sanjhbati will be available across various major digital platforms. 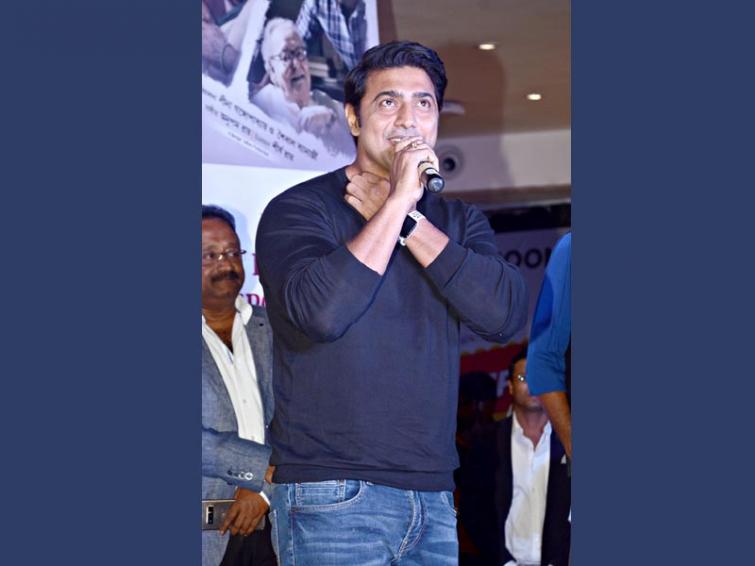 Sanjhbati is scheduled to release on  Dec 20 across leading standalone theatres and multiplexes across West Bengal.