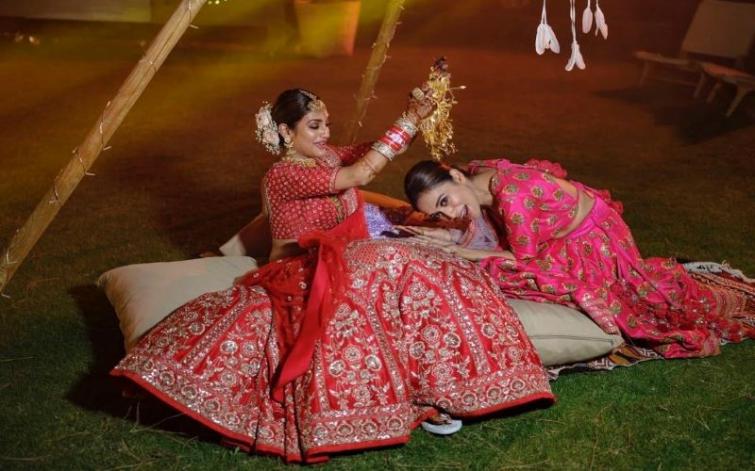 Does Nusrat Jahan want Mimi Chakraborty to get married?

At least the caption of Chakraborty's recent tweet suggests such.

Tweeting a picture where she could be seen spending some gala time with Jahan, Chakraborty said: "When ur friend is desperate on who is nxt"

When ur friend is desperate on who is nxtðŸ¤¦‍â™€ï¸ðŸ˜‘ðŸ¤­ðŸ˜‚@nusratchirps pic.twitter.com/M2tExKcKvM

The two got married at a private ceremony in Bodrum, Turkey away from media glares.

Both Jahan and Chakraborty were picked up by West Bengal Chief Minister Mamata Banerjee as the Trinamool Congress (TMC) candidates from Basirhat and Jadavpur constituencies respectively. Both the candidates had won by a huge margin.

After returning from Turkey, Jahan, along with her friend Chakraborty, took oath as the MPs in the Lok Sabha.