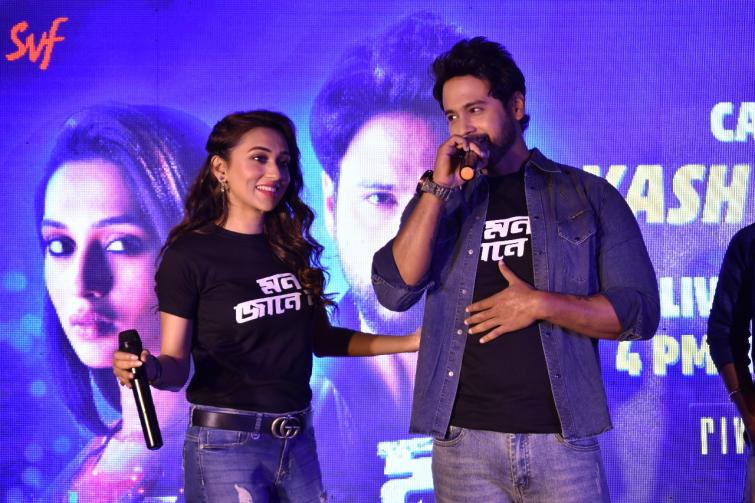 SVF and hoichoi celebrate womanhood in a unique manner!

To highlight the consequences of such predominant issues in the society, SVF brought the lead cast of the film – Mimi Chakraborty and Yash to talk about this. The rest of the cast and crew members namely, Rajdeep Gupta, Raj Barman, Dabbu, Lincon and more were present to showcase the trailer and spoke about women power.

To describe the real-life tragedy of those who had to overcome similar obstacles, SVF invited and felicitated 5 such brave-heart women who are survivors of trafficking, exploitation, abuse and violence. They talked about how they had to reinstate their self-confidence, self-esteem, self-worth, awareness, acceptance and discover the love for their own selves, again. How they finally asserted their rights.

hoichoi, the World’s largest digital platform exclusively for the Bengali diaspora, called in their next Original web series’ “Astey Ladies!” cast (Sandipta Sen, Saayoni Ghosh, Madhurima Ghosh) to launch the official trailer and accentuate empowerment of women. Astey Ladies is one such women-centric content which is about three women who resort to crazy means to mend their monetary problems.

Astey Ladies will be streaming from 14th March, watch the trailer here: bit.ly/AsteyLadiesTrailer

Shagufta Rafique, the director of Mon Jaane Na, is a famous Bollywood screenplay and script writer, well known for acclaimed films like Aashiqui 2, Awarapan, Woh Lamhe, Raaz 2 and more. This film marks her debut as a director. The story of the film is synonymous to her life.