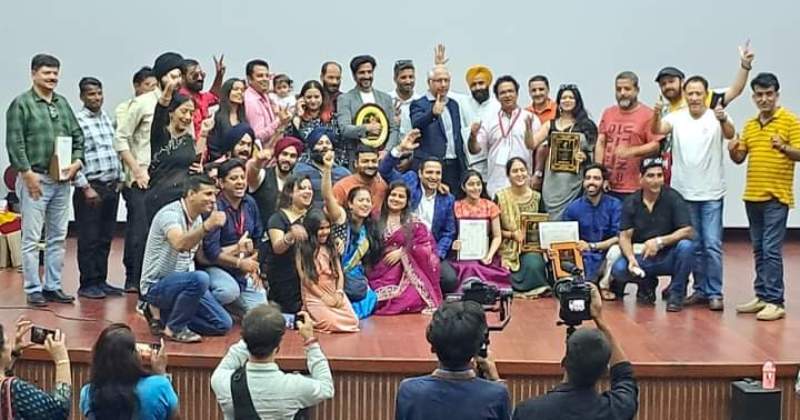 Jammu: The second edition of the international Jammu Film Festival concluded on a high note with an impressive closing ceremony and award function at Jammu club here on Sunday.

The awards were presented in various categories to local, national and international participants in the second edition.

Cream of the crop from Egypt won the award for best feature film.

Day 2 of the festival started with the screenings at both the venues; the Jammu Club and the Abhinav Theatre.

At Jammu club, the function started with promo release of a very promising dogri film Mehroom.

In the afternoon the special section for local entries called Natives category for J&K was organized wherein projects from the filmmakers from J&K were screened. It was followed by the closing ceremony in late afternoon in front of the jam packed audience.

Shabbir Boxwala, the writer of yesteryears hits like Tridev, Mohra, Gupt and the producer of blockbuster Shershaah which is the winner of 2 filmfare awards sent his best wishes through a video message since he had to change the plan of coming to Jammu at the last moment.

The award ceremony kicked off with the performance of Koshur Raag team. Rohit Koul and Meeru Raina mesmerized the audience with the soulful rendition of the songs.

That was followed by awards to the documentaries category. The format resembled the typical award functions wherein awards for categories were given after certain performances.

Vivekanand Rai, Director Tourism was the chief guest for the function with Sunaina Mehta joint director as guest of honor. They expressed happiness over the collaboration of Tourism with Jammu Film Festival and hoped to collaborate in a bigger way in future. 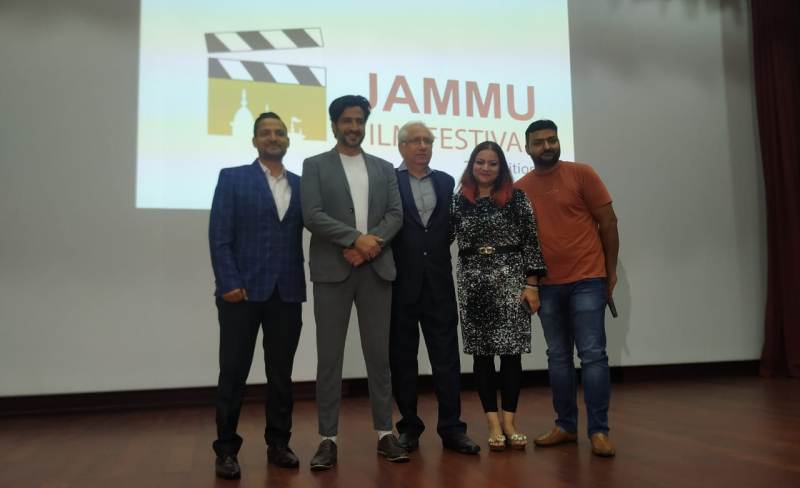 The celebrities also visited the second venue at Abhinav theatre to encourage the participants. The screenings continued at both the venues for rest of the day showcasing the best of world and local cinema. Kusum Tickoo, the well-known anchor and emcee is hosting the event for the 2 days. She mesmerized the audience with her professional anchoring throughout the second day too.

“We are presenting the best of world cinema to cinema lovers in Jammu. It is an excellent opportunity for youth of J&K to learn and network”, said Lalit Parimoo. “We will continue to have a separate section for J&K where we will showcase work from local talent. We have tried to accommodate most of the local projects for screening” added Mushtaq Kak.

“We are leaving no stone unturned to raise the bar with every edition and make Jammu film festival a name to reckon with”, said Rohit Bhat, the festival co director

“We are thankful for the support to Jammu Tourism, people of Jammu, our sponsors, Guests, media and everyone associated with the event. With the continued support we wish to make the 3rd edition even bigger and better.

The event is co-powered by Koshur Raag and AIKS. It is also supported by cultural organizations NZCC and Asha NGO. Event partners are Atlas events and advertising partner is Chander Baga advertising agency. Food partner is desi tadka and coverage partner is Vikas sodi photography. 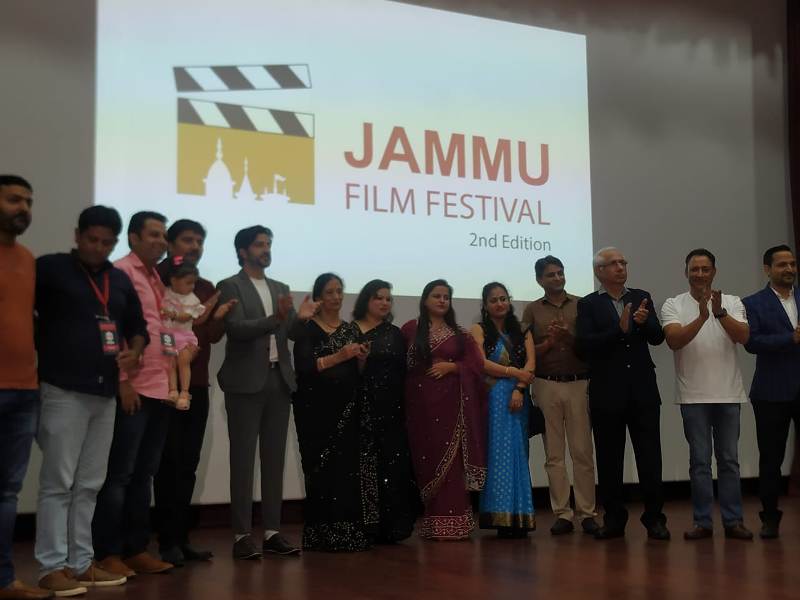 It is pertinent to mention here that Jammu Film Festival received lot of attention and appreciation in its first edition. It was perhaps the first big event after the abrogation of article 370 to be held in Jammu and Kashmir.

Jammu film festival is being organized by Vomedh which is a very prominent cultural organization of Jammu and Kashmir.