On the Birth Centenary Year of Satyajit Ray, the maestro’s work will be revisited again and again by admirers and critics. Among others, an area worth exploring is how the creative genius portrayed, and treated, children in his films and stories, writes Shoma A. Chatterji

Who can ever forget that beautiful B&W visual of little Apu and his sari-clad sister Durga running through the white kaash flowering fields to see the train? Or, Apu inspecting his proud image in a mirror sporting a hand-made paper crown and a moustache, in Satyajit Ray’s debut film  Pather Panchali?

Then there is Ratan in Postmaster, a proud little orphan girl who refuses the one-rupee tip from her master. And,  the tomboyish teenage girl Mrinmoyee (Aparna Sen) in Samapti furiously chewing a sugarcane in one scene and in another, hiding the shoes of the hero (Soumitra Chatterjee) who has come to “see” a girl in her village; the innocent little boy who asks his mother how to use white for a flower in a painting in Pikoo; the naïve grandson who asks his ailing grandfather what ‘do numberi money’ means in Shakha Proshakha; the little boy who seems scared to find the aunty he played with had suddenly transformed into a Goddess in Devi.

These,and many more child characters were nurtured by Ray through his imagination, his aesthetics and his humane sensibilities. That’s why they transcend the framed confines of the screen and step into our hearts to remain there forever. 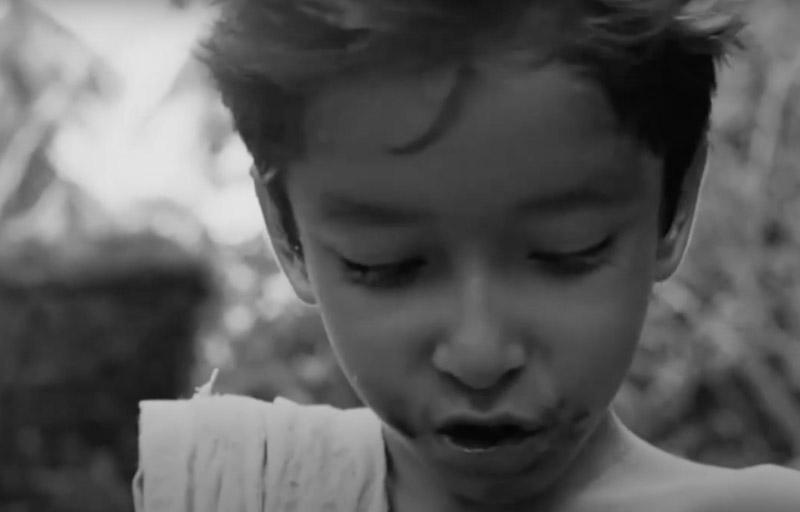 Uma Dasgupta, who portrayed the teenaged Durga in Pather Panchali remembers,  “He never gave  instructions to children in the presence of others. It was always whispered exclusively to each child telling what he wanted them to do. It was like a secret between the child and him.“

Kushal Chakravarty who played Mukul in Ray’s Sonar Kella (The Golden Fortress) set in Jaisalmer recalls that he was too little to understand who Ray was. “His gift lay in that he never treated us like children. I would play chess with him between shoots and would win every time. Perhaps he allowed me to win! Placing children on an equal footing helped us to open up. All we had to do was to act ourselves. It was quite easy.”

From Pather Panchali to Agantuk, Ray tackled children as entities on their own. He took them out of their urban, educated, modern backdrop to place them in a rural setting as and when the script demanded and they never seemed out of place. Nor did they behave or speak like precocious children as seen in many films. Even in his writings meant for children he followed the same belief that   children are much more imaginative than older readers.

The child and teenage protagonists in his Felu-da series of mystery novels and films reflect the same belief. Siddhartha Chatterjee, who played the teenaged Topshe, assistant to the self-styled detective Felu-da (Soumitra Chaterjee), maintained a diary when he acted in the two of Ray’s films. When Ray shot Sonar Kella, he was still  in school. When later Ray shot Joy Baba Felunath in 1977, Chatterjee was doing his Graduation.  Pages from his diary reveal facets of Ray not only as a director but also as a person who could shape the character of the people he worked with.

Chatterjee says that though he was naughty at home, he shied away from people outside. “I got rid of my shyness over the shooting of Sonar Kella. The three facets of Ray’s persona I found the most fascinating were, (a) his total control over any situation related directly or indirectly to his work, (b) his ability to take speedy and instantaneous decisions and (c) time management. 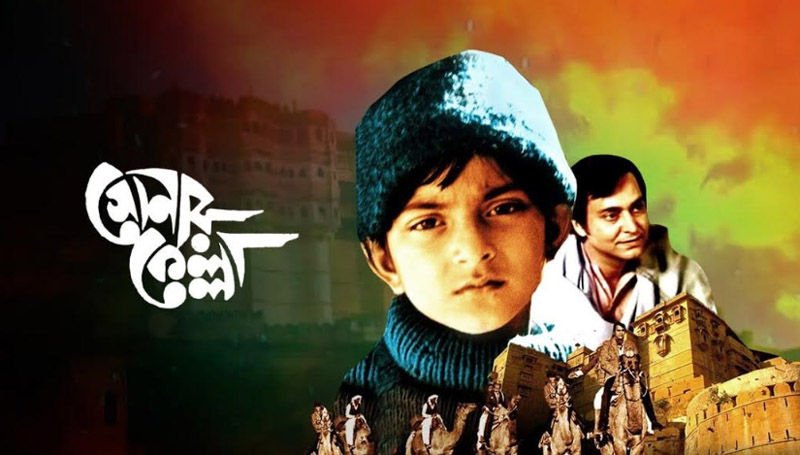 Ray’s director son Sandip Ray remembers his father never scolded him because he never lost his temper even while at work. “All the punishment, the scolding, etc., for disciplining me were my mother’s domain, he never interfered. But when I asked him for a still camera, he brought me one on his first trip to Japan where he also met Akira Kurosawa. Nor did he once interfere in my filmmaking.”

Pikoo is not a children’s film but makes adults look at their world through the eyes of Pikoo, the child. Goopy Gyne Bagha Byne and Hirak Rajar Deshe were films targeted at a universal audience. Children enjoyed these films for the fantasy, the music, the fairy-tale element and the magic, while adults could read in them the thinly veiled attacks against the politics of totalitarianism and suppression of individual freedom.

Ray’s contribution to children’s literature comprises 21 novels and 11 short story compilations, most of them translated into many languages across the world.

The two incredible and immortal characters Ray has gifted his child-readers with are – Felu-da and fictional scientist Professor Shonku. Felu-da later turned into a celluloid character that has now cut across the barrier of time and creation with a full-length documentary called Feluda in celebration of the detective’s fictional 50th birthday. Keeping the child-reader in mind, Ray had always resisted the temptation to fill Felu-da’s adventures with blood and gore and needless violence.

This understanding of the child’s psychology, the ability to look at the world through the eyes of the child, was something Ray was born with. Ray’s grandfather Upendrakishore Roychoudhury and his father Sukumar Roy were gifted creators of literature for children. Their works are still regarded as milestones in the history of children’s literature in Bengali. Ray, a gifted artist and ad-man began illustrating books like Pagla Dashu, Ha-Ja-Ba-Ra-Lo-the famous book of nonsense rhymes authored by his father. Later, the involvement deepened with the revival of the then-extinct children’s magazine Sandesh, founded, edited and published by grandfather Upendrakishore Ray Choudhury. Ray edited and illustrated the revived Sandesh jointly with his close friend poet Subhash Mukhopadhyay in 1961 later joined by his aunt, the famous children’s author Leela Majumdar. 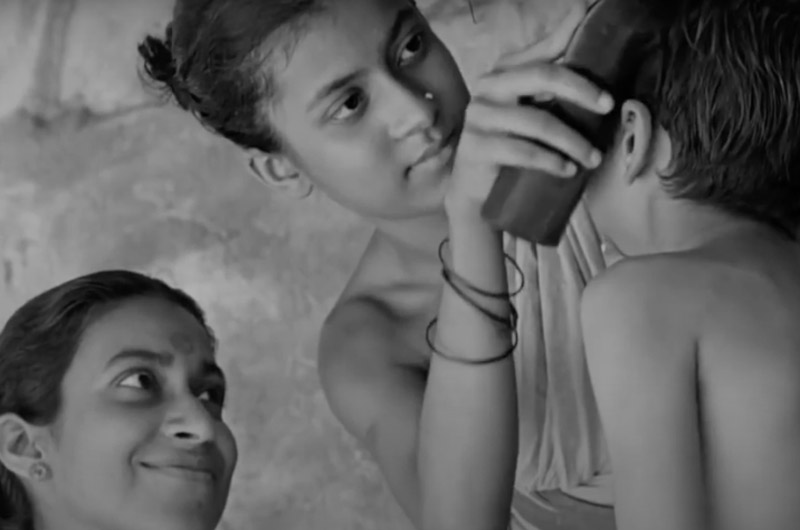 Sandip Ray points out that had Sandesh not been revived when it was, Ray may never have taken that dip into that deep ocean of creative writing, especially for children. As editor, he realised he had to write too and that led him to write stories for children. So the two immortal characters Prof. Shonku and Felu-da took birth.”