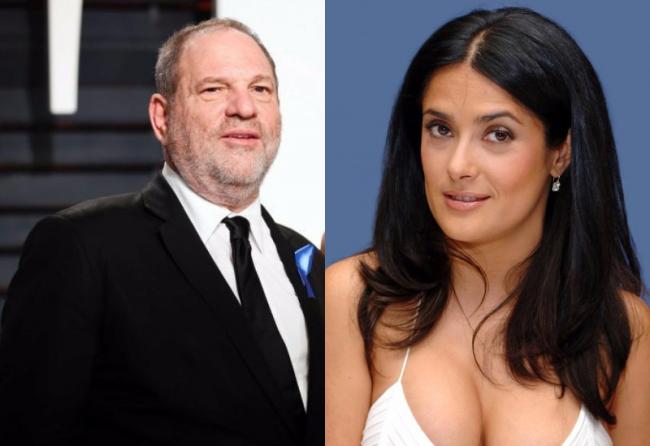 The latest is from acclaimed actress and Academy Award nominee Salma Hayek, who alleged that Weinstein once threatened to kill her.

Writing in the New York Times, the Frida actress said the producer once told her: "I will kill you, don't think I can't."

Hayek and Weinstein were involved in the critically acclaimed film Frida, which dealt with the story of Mexican painter Frida Kahlo.

She wrote that before the production began it was the 'greatest ambition' of her life to work with Weinstein, but after it began, it became 'my turn to say no'.

She alleged that Weinstein subjected her to many objectionable things, including oral sex.

She wrote: "No to me taking a shower with him.

"No to letting him watch me take a shower.

"No to letting him give me a massage.

"No to letting a naked friend of his give me a massage.

"No to letting him give me oral sex.

"No to my getting naked with another woman."

The actress revealed that she finished the movie with the help of tranquilizer to get over her crying, but it took toll on her health.

"I had to take a tranquilizer, which eventually stopped the crying but made the vomiting worse," Hayek wrote.

"As you can imagine, this was not sexy, but it was the only way I could get through the scene," the actress said.

Weinstein as usual has been dismissive about the allegations.

According to a statement obtained by Deadline, a spokesperson for Weinstein said: "Mr. Weinstein does not recall pressuring Salma to do a gratuitous sex scene with a female costar and he was not there for the filming."

"However, that was part of the story, as Frida Kahlo was bisexual and the more significant sex scene in the movie was choreographed by Ms. Hayek with Geoffrey Rush,” the statement added.

More than a dozen Hollywood A-listers have accused Weinstein of inappropriate behaviour during his stint as a top-notch producer.

Several of them have also accused him of raping them, which too was denied by the co-founder of The Weinstein Company.