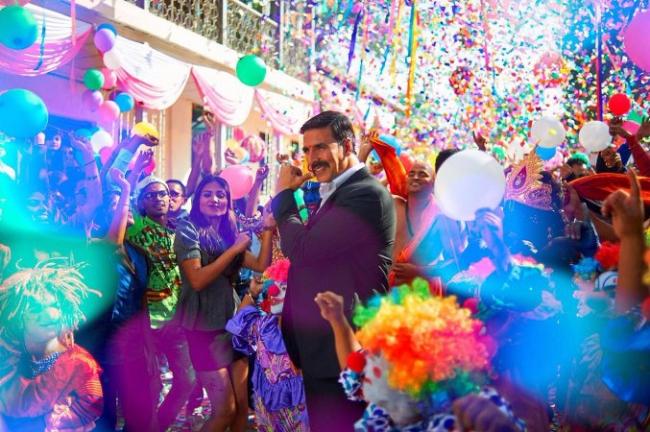 Sharing a still from the song, Akshay tweeted, "Had a lot of fun shooting this. I hope you have fun watching it!#JollyGoodFellow releasing sirf 1 ghante mein!"