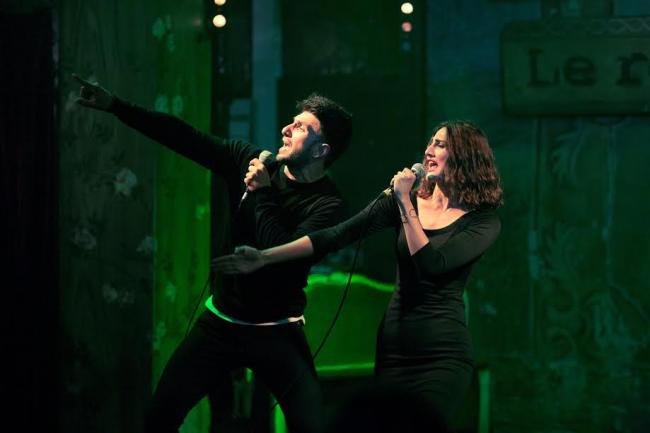 Ranveer-Vaaniâ€™s Befikre mood shines through in You and Me

Dharam and Shyra build up a strong comfort level with each other by just hanging out together, indulging in fun, frolic and making the most of mundane time together.


In fact, shooting for this relaxed, happy song brought in moments of unplanned enjoyment for the cast and crew. Vaani Kapoor recalls, “I remember we shot for some street side food shopping and had to shoot a portion of eating crepes together. As it was quite cold, we absolutely loved eating them, and kept eating more than we needed to!”

The song also features Vaani Kapoor hopping up and down with a plaster cast in a hospital, which Ranveer Singh, typically found hilarious. And so he was made to give company to his leading lady with this hopping step too. “Ranveer was pulling my leg in this scene so Adi Sir told him that he too must shoot with a hopping motion for the song! Now the joke was on him too. Everything that you see in U and Me is a bit like that- unplanned, spontaneous and yet without judging the pair.”

Like the carefree, impulsive spirit of Befikre the film, You and Me is all about a relationship blossoming without raising any judgments and living in the moment #Befikre.