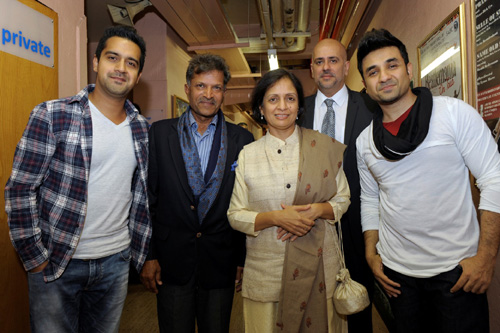 The occasion gained an extra value as Vir Das brought in his birthday by doing what he loves the most - entertaining his fans to the fullest.

Prior to performing for the Johannesburg audience, actor Vir Das tweeted, "I grew up in Africa, taken me 19 years to see another African sunrise."

The actor, born in India, who spent his teenage years and completed his education on African soil was excited to return to it.

There were a number of eminent faces present at the theatre to cheer and enjoy the show.

The show received standing ovation with the crowd having a great time coping with all the echoing laughter while watching the completely hilarious antics of the awesome Vir Das as he brought on a humourous twist to the boring history.

A popular Twitter user Jodene Shaer tweeted, “Schools should have been like this. I would have passed History! @ thevirdas rocking #HistoryofIndia”.

Tweets about the fabulous show were trending across the social networking platform.