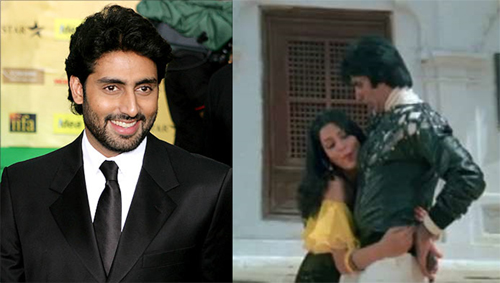 Abhishek said that the original song, from his father and Bollywood superstar Amitabh Bachchan’s 1983 film ‘Mahaan’, co-starring Waheeda Rahman, Parveen Babi and Zeenat Aman was a huge success and is one his favorites.

It was sung by Kishore Kumar and Asha Bhosle, with R.D. Burman’s music direction.

The version clearly shows how music has evolved over the last 30 odd years.

While the song has a new age feel to it, it still keeps the essence of the original classic, making sure to attract Bollywood fans of all ages.

‘Tamanchey’ stars Nikhil Dwivedi and Richa Chadda and is directed by Navneet Behal.

It is being produced by Wild Elephants Motion Picturesin association with Fashion TV- marking its entry into the Bollywood film-making business.

The film is slated to release on Jul 18 this year.